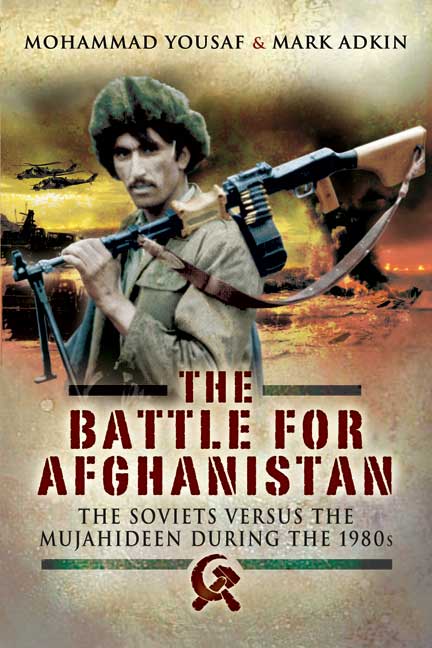 The Battle for Afghanistan (ePub)

The Soviets Versus the Majahideen During the 1980s

Click here for help on how to download our eBooks
Add to Basket
Add to Wishlist
You'll be £4.99 closer to your next £10.00 credit when you purchase The Battle for Afghanistan. What's this?
Need a currency converter? Check XE.com for live rates

This is the story of the defeat of Soviet Russia's forces in Afghanistan by a guerrilla force known as the Mujahideen, heavily backed by Pakistan and the USA. The Mujahideen paved the way for the Taliban regime, to exist having all but defeated the Russian Army in the late 80's. The author, Brigadier Mohammad Yousaf, was head of the Afghan Bureau of Pakistan's Inter-Service Intelligence and as such was effectively the Mujahideens commander-in-chief. He controlled the flow of thousands of tons of arms across Pakistan and into its occupied neighbour, arms that were bought with CIA and Saudi Arabian funds from the USA. One of the Mujahideens close allies was none other than Osama Bin Laden.

This compelling book was put together with great skill the by military historian, Mark Adkin in conjunction with Brigadier Mohammad Yousaf and is essential reading for anyone interested in the truth behind the Afghanistan War which led to the conditions that exist there today.

Little is known or understood about the events that occurred in Afghanistan since the 1980s - events that led inexorably to the recent disastrous withdrawal from the country by America and her allies. The story is complicated and worth following to understand the sequence of events leading to the present time - events which commenced in 1842 following the three year British occupation of the country. The Afghans rebelled and after forcing the resident British army from Kabul, the entire British force of around 16,000 troops was annihilated as were its thousands of families and servants while attempting to retreat back to India in the depths of a ferocious winter.

Recent events commenced with the nine year occupation of the country by the Russians - before they were ignominiously defeated by tribesmen - tribesmen supplied with modern weapons by the Americans delivered through 'neutral' Pakistan. The Russians suffered a total defeat and in the process lost 15,000 soldiers killed and 35,000 wounded.
And then the Americans moved in - only to fail, even though they were resident there for twenty years.

The book clearly explains how the various invaders were all doomed to failure by trying to convert a nation of tribesmen, content to live in the tenth century, to modern day American values. The intrusive role of Pakistan is also examined and although the subject is complex, the authors have presented their account in a highly readable format supported by well defined maps. This is a masterful piece of work which should be compulsory reading in every military academy and for any politician considering any intrusive association with Afghanistan.

Start of the Soviet war in Afghanistan

This nine-year conflict involving the Soviet Union, supporting the Marxist government of the Democratic Republic of Afghanistan at their own request, against the Islamist Mujahideen Resistance. The Afghan government was also supported by India, while the mujahideen found other support from a variety of sources including the United States, Saudi Arabia, Pakistan, and other Muslim nations through the context of the Cold War and the regional India-Pakistan conflict. Due to the interminable nature of the war, the conflict in Afghanistan has often been referred to as the Soviets' Vietnam; in relation to the Vietnam War.

Following almost a decade of fighting, the final troop withdrawal began on May 15th 1988, and ended on February 15th 1989. Due to the interminable and inconclusive nature of the war, the conflict in Afghanistan has often been referred to as the Soviet equivalent of the United States' Vietnam War.