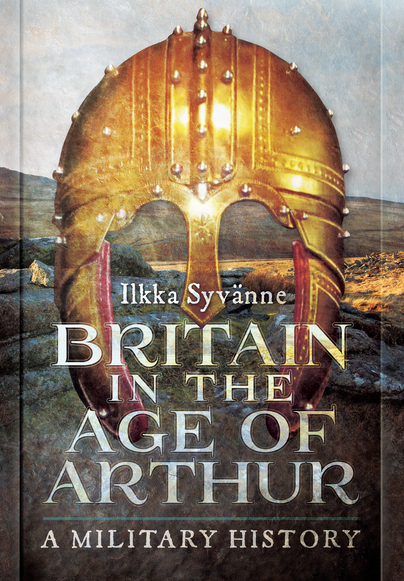 Britain in the Age of Arthur (ePub)

Click here for help on how to download our eBooks
Add to Basket
Add to Wishlist
You'll be £4.99 closer to your next £10.00 credit when you purchase Britain in the Age of Arthur. What's this?
Need a currency converter? Check XE.com for live rates

King Arthur is one of the most controversial topics of early British history. Are the legends based on a real historical figure or pure mythological invention? Ilkka Syvannes study breaks new ground, adopting a novel approach to the sources by starting with the assumption that Arthur existed and that Geoffrey of Monmouths account has preserved details of his career that are based on real events. He then interprets these by using common sense and the perspective of a specialist in late Roman military history to form a probable picture of what really happened during the period (roughly AD 400-550). This approach allows the author to test the entire literary evidence for the existence of Arthur to see if the supposed events of his career match what is known of the events of the period, the conclusion being that in general they do. Arthurs military career is set in the context of the wider military history of Britain and Europe in this period and along the way describes the nature of armies and warfare of the period.

I enjoyed this book. It was insightful and interesting, as other pov's often are. I think it's a fine addition to the the Arthur tales.

A fresh work that again revitalizes one of Britain's great legends.

I've always been interested in Arthurian mythology and enjoyed the look at medieval English history through the view of Arthurian legend.

The author is a well known historian specializing in ancient and Medieval history with an impressive catalogue of books to his credit. In this new study, he attempts to find the elusive King Arthur through a study of the military of the period following the Fall of Rome. – Most Highly Recommended.

It's certainly detailed and interesting.

The purpose of this book is to answer the following question: Are the legends about King Arthur based on a real historical figure or are they mythological inventions?
Ilkka Syvanne approached the subject with zeal and knowledge, contributing much to the field. The conclusion is that King Arthur existed and is not a fiction but a ruler who left a trace in the records.

I believe that King Arthur existed in some form or other, and Ilkka's book, whilst exploring different routes to the ones I'm used to, reinforces that belief. There's not enough literary heritage supporting Arthur for my liking, and I would have liked to see an extended photograph section with some literary versions of Arthur, but anything about Arthur is worth a read in my opinion, and this is a great addition to the growing body of work on the mythical King.

I was excited and delighted to see that there was a researcher that put in the work to prove that King Arthur did exist and it was not just a mythical legend that we all knew to grow and love. All of the information presented through the research of Geoffrey of Monmouths account and organized in the fashion that proves his existence Ilkka Syvanne put together was jaw dropping exciting to read that I actually screamed for about five minutes that everyone around me could not understand. I absolutely loved this book cover to cover and it totally made my day and I want to find Ilkka Syvanne and personally thank her for putting this book together.

We will consider adding this title to our Non-Fiction collection at our library. I wish I could give this book infinite stars but I can only give it 5 stars.

A focus on what happened during what would have been Arthur's reign according to (author focuses on) Geoffrey de Monmouth. A few other sources added in. A interesting look at battles and sieges.

I genuinely enjoyed this! I haven't picked up a history book in a very, very long time, but I delved into it because the author's viewpoint and analysis of text was so intriguing. I couldn't put it down, though I'll admit it's not one for everyone and there were some small dry parts. Personally, though, one I had a great time reading despite the odd subject matter.

I am a fan of everything related to King Arthur and was more than happy to read this ARC.
It's full of facts and I learned a lot about this era. The books is well written and well researched.
I think it's a must read if you want to know more about the age when Arthur is supposed to live.
Highly recommended.

This rather unconventional way of analysing and delivering history is most welcome. The author moves away from the traditional limits imposed by established historical examination of sources (if it cannot be proven it probably didn’t happen) to investigate the evidence and draw conclusions based often on sources plus probability estimates. Consequently the reader has to suspend the traditional approach and in most respects it works. Certainly the sources attest to a King of the Britons who can be called Arthur; he may have had other names. Some of the sources being written by Saxons (the losers to Arthur) omit his victories as they were not quite what the Saxons wanted to record. However by piecing together from sources what is written, what is not written, what other supporting evidence exists and by interpreting all this, we come to the conclusion that Arthur existed, is not a fiction of Victorian and earlier romances and actually was a powerful ruler with influence beyond the British Isles.