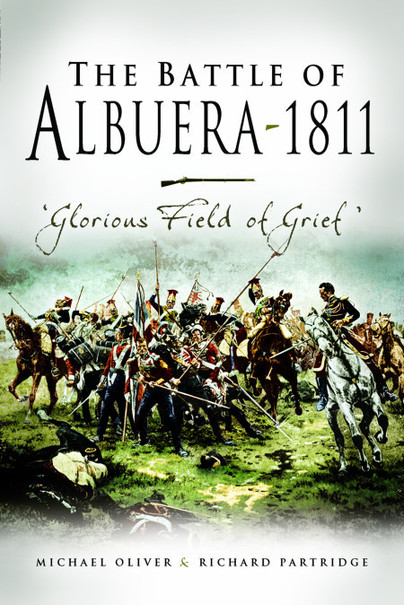 Click here for help on how to download our eBooks
Add to Basket
Add to Wishlist
You'll be £4.99 closer to your next £10.00 credit when you purchase The Battle of Albuera - 1811. What's this?
Need a currency converter? Check XE.com for live rates

On 16 May 1811 a combined British, Portuguese and Spanish force commanded by the British general Beresford met the French army under Soult at Albuera in southern Spain. What followed was one of the bloodiest and most controversial battles of the Peninsular War. Yet despite the battle's significance in the wider campaign to expel Napoleon's armies from Spain, the story of Albuera has rarely received the coverage accorded to other battles of the war. In this ground-breaking book, Michael Oliver and Richard Partridge seek to set the historical record straight. They examine the carnage of Albuera in unprecedented detail, and they give a lucid account of the circumstances and the conflicting allied and French strategies that gave rise to this awful confrontation. They also offer vivid portraits of the personalities and military skills of the notable commanders who took part.

The authors of this work – the first detailed modern assessment of the action - examine the carnage at Albuhera in detail, drawing on eye witness accounts, providing an account of the circumstances and the conflicting Allied and French strategies which led to the confrontation.

This is a thorough analysis, yet easy to read history of a bloody battle in the Peninsular War. It shows in a positive light, unlike many other books written about the war, a strong cooperation between the Spanish, Portuguese, and British armies in fighting the french.