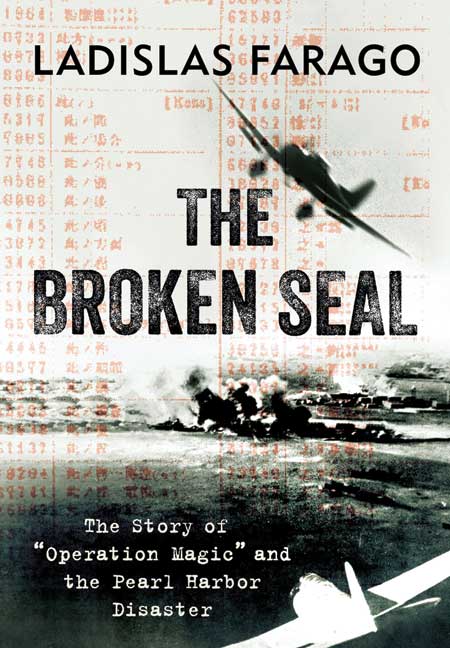 The Story of “Operation Magic” and the Pearl Harbor Disaster

Add to Basket
Add to Wishlist
You'll be £16.99 closer to your next £10.00 credit when you purchase The Broken Seal. What's this?
+£4.50 UK Delivery or free UK delivery if order is over £35
(click here for international delivery rates)

The Broken Seal: The Story of “Operation Magic” and the Pearl Harbor Disaster explores the questions of why, if the United States knew the Japanese codes, did we not anticipate the December 7, 1941 surprise attack and how did the Japanese spy system in Hawaii operate? As a chief of research and planning in the Special Warfare Branch of the Office of Naval Intelligence, the author had access to both Japanese and American classified material to write this study. The author's intent was to independently ascertain the validity of earlier claims that the Pearl Harbor attack could have been avoided. The result is an eminently readable and engrossing story of the relationship between America and Japan in the interwar years and the relentless cat-and-mouse intelligence game conducted by both sides. Despite more recent suppositions that there was a conspiracy among American and British officials to ignore warnings of a Japanese attack that had been gleaned from deciphered diplomatic codes in order to force America into a world war, the author confirms that human error and misjudgment and the actual state of intelligence interpretation at the time made an accurate assessment of Japanese intentions impossible.

LADISLAS FARAGO (1906–1980) was a military intelligence specialist and author who wrote a number of acclaimed histories, including The Game of Foxes and, also available from Westholme Publishing, Patton: Ordeal and Triumph and The Last Days of Patton.