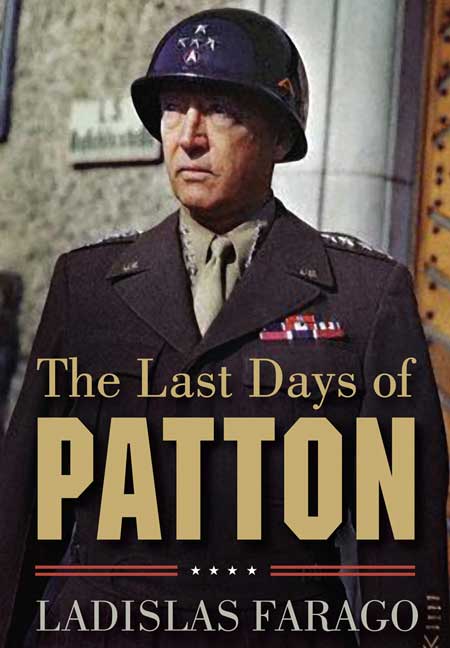 The Last Days of Patton (Paperback)

Add to Basket
Add to Wishlist
You'll be £14.99 closer to your next £10.00 credit when you purchase The Last Days of Patton. What's this?
+£4.50 UK Delivery or free UK delivery if order is over £35
(click here for international delivery rates)

“It would be as hard to give up all thought [of being a soldier] as it would be to stop breathing,” wrote George S. Patton in October 1945; “The great tragedy of my life was that I survived the last battle.” But Patton would not
see the year out: in December he would die as a result of injuries sustained in an automobile accident in Germany. His unexpected death sent shock waves through the American and Russian commands. It seemed plausible
that America’s greatest general may have been a victim of foul play. In the seven months following the German surrender, Patton had openly and provocatively criticized the Soviet Union and appeared to have transformed
from a staunch anti-Nazi to a Nazi sympathizer. The Last Days of Patton by Ladislas Farago, a follow-up to his bestselling Patton: Ordeal and Triumph, attempts to reconstruct the last months of Patton’s life in order to determine
if the general did indeed try to provoke a war with the Soviet Union and whether he failed to sufficiently de-Nazify the area of Germany under his jurisdiction. Farago also investigates the possibility of a conspiracy to murder
Patton and reveals the role other prominent men, including Eisenhower, Montgomery, Marshall, and MacArthur, had in censuring and ultimately removing Patton from active service. The Last Days of Patton, originally published
in 1981, is the story of the general’s final battle—a professional soldier caught up in the changing politics of the emerging Cold War and new reality of the atomic age.

LADISLAS FARAGO (1906–1980) wrote many popular and acclaimed histories, including Burn After Reading, The Game of Foxes, and Patton: Ordeal and Triumph, also available from Westholme Publishing.