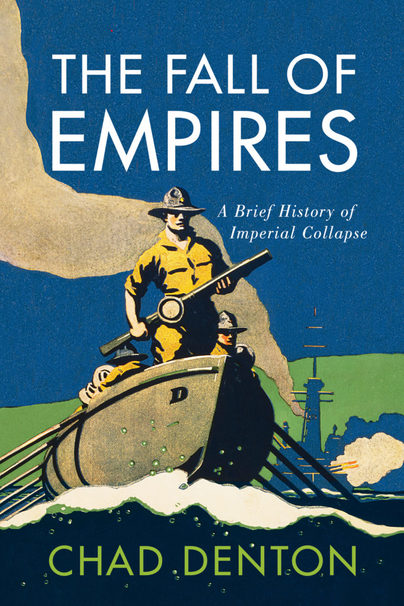 The Fall of Empires (Hardback)

A Brief History of Imperial Collapse

Add to Basket
Add to Wishlist
You'll be £15.99 closer to your next £10.00 credit when you purchase The Fall of Empires. What's this?
+£4.50 UK Delivery or free UK delivery if order is over £35
(click here for international delivery rates)

There are no self-proclaimed empires today. After the twentieth century, with its worldwide wave of decolonizing and liberation movements, the very word “empire” conjures images of slavery, war, repression, and colonialism. None of this is to say that empires are confined to the past, however. By at least some reasonable definitions, empires do exist today. Many articles and books speak about the decline of the “American Empire,” for example, or compare the history of the United States to that of Rome or the British Empire. Yet no public official would speak candidly of American imperial interests in the Middle East or use the word empire in discussions of the nation’s future the same way British politicians did in the twentieth century. In addition, empires don’t have to fit the classical Roman mold; there are many kinds of empire and varieties of international authority, such as cultural imperialism and economic imperialism. But it is clear empires do not last, even those that once harnessed great wealth, strong armies, and sophisticated legal systems.

In The Fall of Empires: A Brief History of Imperial Collapse, historian Chad Denton describes the end of seventeen empires across world history, from Athens to Qin China, from the Byzantium to the Mughals. He reveals through stories of conquest, corruption, incompetence, assassination, bigotry, and environmental crisis—how even the most seemingly eternal of empires declined. For Athens and Britain it was military hubris; for Qin China and Russia it was alienating their subjects through oppression; Persia succumbed with the loss of its capital; the Khmer faced ecological catastrophe; while the Aztecs were destroyed by colonial exploitation. None of these events alone explains why the empires fell, but they do provide a glimpse into the often-unpredictable currents of history, which have so far spared no empire. A fascinating and instructive survey, The Fall of Empires provides compelling evidence about the fate of centralized regional or global power.

CHAD DENTON received his PhD in History from the University of Missouri. He is the author of Decadence, Radicalism, and the Early Modern French Nobility: The Enlightened and Depraved.