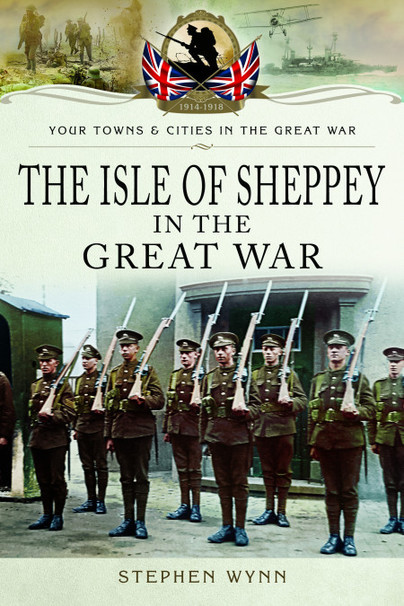 The Isle of Sheppey in the Great War (ePub)

Click here for help on how to download our eBooks
Add to Basket
Add to Wishlist
You'll be £4.99 closer to your next £10.00 credit when you purchase The Isle of Sheppey in the Great War. What's this?
Need a currency converter? Check XE.com for live rates

The Isle of Sheppey, although not a heavily populated area, played an extremely important part in Great Britain’s war effort on the home front throughout the four and a half years of the First World War. In doing so, Sheppey provided protection for the Thames Estuary, the River Medway and the naval shipyards at both Sheerness and Chatham. Its defensive emplacements largely responsible for acquiring the nickname locally of the 'Barbed Wire Island.'

One of its main claims to fame in relation to the years of the First World War would have undoubtedly been in relation to aviation. The island had been a hive of activity in relation to flying since the beginning of the twentieth century, when the Royal Aero Club came to Leysdown, making it the first airfield in England. What became Eastchurch Aerodrome was where the first pilots of the Royal Naval Air Service were trained, making it the first military flying school in the country. The Short brothers also had an aircraft factory at Eastchurch where they designed and built their own aircraft, some of which would be used during the First World War.

The Isle of Sheppey also boasted another aircraft factory, which was situated at Shellbeach on the east coast of the island, an emergency landing strip at Harty on the south east side of the island, and a balloon station at Sheerness.

The First World War certainly saw the Isle of Sheppey rise to the occasion and add to its long and illustrious military history. The part it played went a long way in enhancing the island’s reputation of having a dogged determination to do what needed to be done for the greater good in the nations time of need.

A very good record of events during the Great War, and for those researching families it is an excellent starting point.