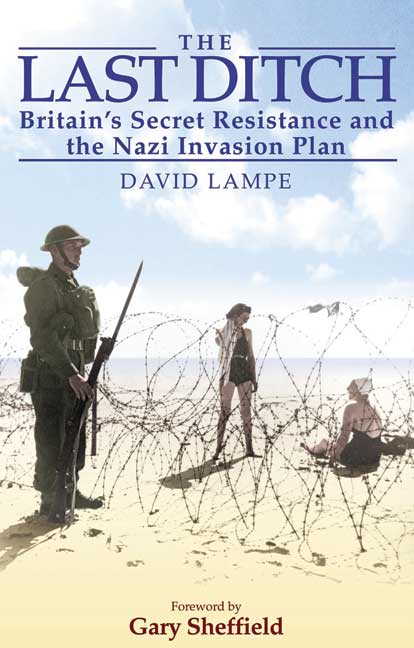 Click here for help on how to download our eBooks
Add to Basket
Add to Wishlist
You'll be £4.99 closer to your next £10.00 credit when you purchase The Last Ditch. What's this?
Need a currency converter? Check XE.com for live rates

In 1940 Britain faced its biggest threat since the Spanish Armada. Hitler's invasion plans were in full swing and Britain had to quickly assemble a secret resistance force.

This compelling study reveals the intentions of both side, from Hitler's strategies for Operation Sea Lion and subsequent occupation, to Britain's secret plans for resistance.

German decrees show that the occupation would have been severe, with mass deportation for all able-bodied men as well as widespread arrests, as revealed in the notorious Gestapo Arrest List. In telling this story Lampe relates one of World War II's best kept secrets and offers insight into what would have been a brutal future.

This is a fascinating look at one of the less well known corners of the Second World War.

The strength of The Last Ditch lies in its originality. It holds an excitement of mysteries newly coming to light (and) an immediacy of interviews with the key players that modern works can't duplicate . . . I'm glad to see this book available once again