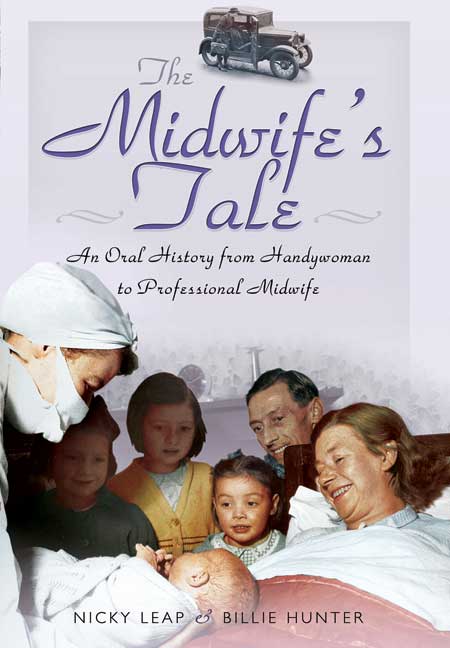 An oral history from handywoman to professional midwife

Click here for help on how to download our eBooks
Add to Basket
Add to Wishlist
You'll be £4.99 closer to your next £10.00 credit when you purchase The Midwife's Tale. What's this?
Need a currency converter? Check XE.com for live rates

What was it like to be a midwife before the foundation of the NHS? What stories do women tell about their births before hospital births became routine?

The Midwife's Tale is a fascinating oral history of the lives of mothers and midwives in the first half of the twentieth century. Based on interviews conducted by Billie Hunter and Nicky Leap, this book tells the stories of these women, in their own words.

Widely acclaimed on its first publication in 1993, this new twentieth anniversary edition opens up these intriguing, poignant and sometimes humorous accounts for a new readership.

This new edition will prove a godsend, especially for those who leant their first edition and, as with many outstanding books, did not get it back.

This important piece of cultural history has been reissued on the 20th anniversary of its first publication. The interviews Hunter and Leap conducted with women born between 1894 and 1923 who experienced pregnancy, birth and motherhood in the pre NHS early 20th century, means a vital piece of woman's history has been preserved. A fascinating collection.

Billie Hunter was born in 1953 in South London. After training as a midwife in 1979, Billie worked in a rural GP unit in Wales, as an independent midwife in London and as a health visitor in the Outer Hebrides, covering remote islands. Since 1992, Billie has lived in Wales and has been engaged in midwifery teaching and research, gaining her PhD in 2002. She was appointed as Professor of Midwifery at Swansea University in 2006 and as Royal College of Midwives Professor of Midwifery at Cardiff University in 2011.

Nicky Leap was born in 1948 and grew up in the West Country, England. She became a National Childbirth Trust (NCT) teacher in the 1970s and was a youth and community worker in London before training to be a midwife. For more than 30 years Nicky has worked in a variety of roles in midwifery practice, education and research. She is an Adjunct Professor of Midwifery at the University of Technology, Sydney and Visiting Professor of Midwifery at Kings College London. Nicky divides her time between living in Bristol (UK) and Sydney (Australia).