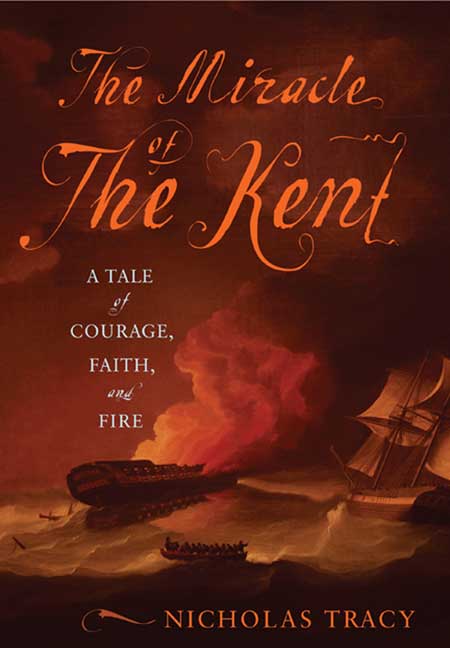 The Miracle of the Kent (Paperback)

A Tale of Courage, Faith, and Fire

Add to Basket
Add to Wishlist
You'll be £12.99 closer to your next £10.00 credit when you purchase The Miracle of the Kent. What's this?
+£4.50 UK Delivery or free UK delivery if order is over £35
(click here for international delivery rates)

In 1825, the Kent, an East Indiaman, set sail from England for India with a crew and nearly 600 men, women, and children on board. North of Spain, the ship was slammed by a ferocious gale, and while a sailor was inspecting the hold for damage, his lantern ignited a cask of spirits. A fire quickly erupted, and even with the desperate expedient of opening hatches and flooding the ship with seawater, the fire burned out of control. As night wore on, the ship became an inferno, with the flames moving toward stores of gunpowder.

At this point, everyone on board knew that they would perish, and they began preparing for their ghastly deaths. Despite the raging tempest a sailor climbed to the top of the Kent 's mast one last time and—miraculously—a sail was sighted on the horizon. It was the Cambria,a small brig on its way to Mexico. The Cambria spied the burning Kent and through determination and dogged seamanship in towering seas, the little brig closed the doomed vessel.

Launching their boats, the Kent 's and Cambria's crews were able to transfer nearly all of the children, women, and men to the brig and pull away before the Kent exploded. Dangerously overloaded, the Cambria made the Cornish coast three days later. In The Miracle of the Kent: A Tale of Courage, Faith, and Fire, historian Nicholas Tracy reconstructs this extraordinary tale through records left by the participants, revealing how those aboard the Kent faced their deaths, and their reactions to being offered a second chance. The story of the Kent is both an edge- of-the-seat adventure and an inspirational homage to the capacity of human will.