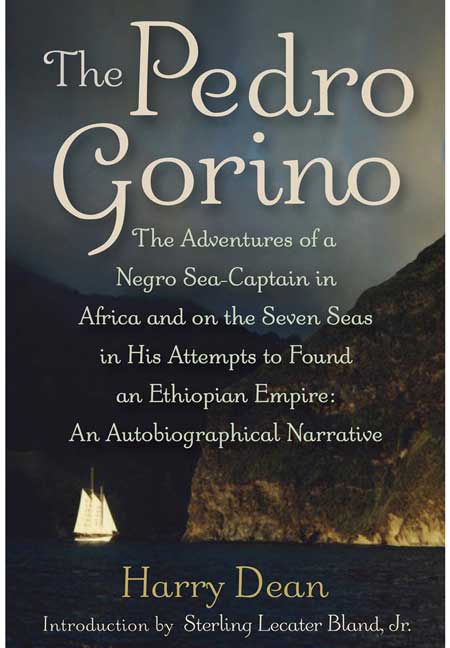 The Adventures of a Negro Sea-Captain in Africa and on the Seven Seas in His Attempts to Found an Ethiopian: An Autobiographical Narrative

Add to Basket
Add to Wishlist
You'll be £12.99 closer to your next £10.00 credit when you purchase The Pedro Gorino. What's this?
+£4.50 UK Delivery or free UK delivery if order is over £35
(click here for international delivery rates)

The Pedro Gorino was a top-sail schooner purchased in Norway by Captain Harry Dean for use as a merchant ship. Dean, a Philadelphian and descendant of a long line of seafarers, first circumnavigated the globe at age fifteen in
1879 with his uncle. As captain of the Pedro Gorino, Dean continued his family’s tradition as an independent trader, sailing to ports around the world. Proud of his free black heritage, he was appalled by the imperialism he encountered while sailing and trading across southern Africa. Swept up in the confusion of the Boer War in the last years of the nineteenth century, Dean saw an opportunity to establish a new African nation that would counter the land-grab of European powers. Portugal was apparently pulling out of southwest Africa and Dean began negotiations with Portuguese officials. Dean envisioned that black Americans would embrace the opportunity to emigrate to Africa and a country of their own. Tantalizingly close to achieving his goal, Dean received little support
from home and was ultimately subverted by those he thought were his friends. He was ultimately framed for a crime he did not commit and forced to leave South Africa and his beloved Pedro Gorino forever.

As Sterling Lecater Bland, Jr. demonstrates in his new introduction, Pedro Gorino: The Adventures of a Negro Sea-Captain in Africa and on the Seven Seas in His Attempts to Found an Ethiopian Empire, first published in 1929, is both an exciting adventure story and an important record of black internationalism.