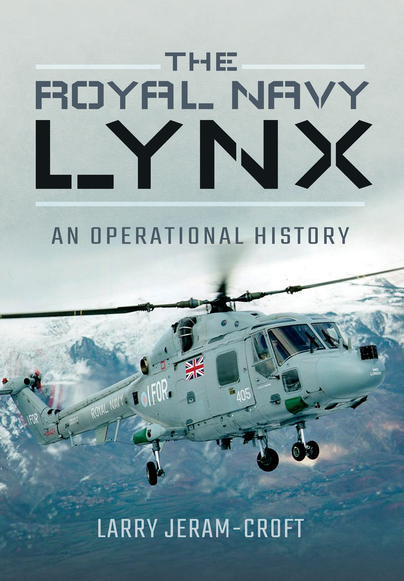 You'll be £4.99 closer to your next £10.00 credit when you purchase The Royal Navy Lynx. What's this?
Need a currency converter? Check XE.com for live rates

This book tells the story of an incredibly capable naval aircraft, based primarily on the words of those who flew and maintained it. Beginning with the Lynx's entry into service in 1976, it goes on to discuss its remarkable performance in the Falklands War. Here it was used in both its primary roles of anti-submarine and anti-surface warfare, as well as several others for which it had never been designed, such as Airborne Early Warning and anti-Exocet missile counter measures. The Lynx has been continuously employed in the Gulf from 1980 until the present day. What is not generally known is the fact that these aircraft were responsible for effectively destroying the Iraqi navy, sinking over fifteen warships in a matter of a weeks. All related operational details are included here.

Also included are accounts of operations conducted around the world, including anti-drug interdiction, Arctic deployments, Search and Rescue, hurricane relief, as well as a few notable mishaps. Also described is the development of the aircraft from the Mark 2 to the current Mark 8 (SRU), bringing the narrative fully up to date. Although only a snapshot, the stories narrated here offer the reader a real understanding of the capabilities of an aircraft with a truly remarkable history of service.

The author spent 30 years in the Navy as an aircraft engineer and later as a Lynx pilot, so is well qualified to tell the story.

An excellent primer on the experiences of those who have flown the Lynx airframe over the past four decades.

An excellent description of the years of fine service given by this ‘valuable asset to nearly every sort of naval operation.’

Well written, with much humour. A fascinating insight into Naval Aviation away from the glamour of the big aircraft carriers that normally get all the attention, and one that is not aimed specifically at just aircraft enthusiasts.
Excellent.

Retired Fleet Air Arm pilot Larry Jeram-Croft, who flew the Lynx operationally in the Falklands War, has provided a comprehensive study of this remarkably capable naval aircraft, based primarily on the words of those who flew and maintained it.

The RN Lynx should be remembered as having an outstanding record over four decades and it deserves to have a book written about it that will ensure its proper place in history. This is that book and I thoroughly recommend it to anyone with an interest in the modern Navy.

The outstanding Lynx has reached retirement age and is being replaced in RN service by the 'super' Lynx under its new name Wildcat. That speaks volumes for the ability of the Lynx. The author has provided a comprehensive account of the hugely successful service of the Lynx since its entry into service in 1976. All you need to know about a great aircraft, very highly recommended.