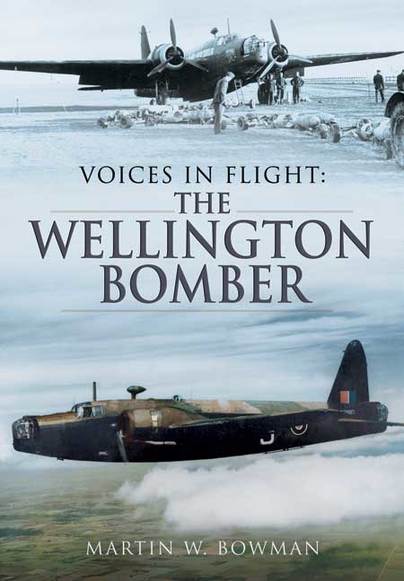 Signed copy available – request a signature plate at the checkout
Add to Basket
You'll be £8.00 closer to your next £10.00 credit when you purchase Voices in Flight: The Wellington Bomber. What's this?
Need a currency converter? Check XE.com for live rates

The Wellington Bomber was omnipresent during the Second World War, employed in a variety of contexts in the fight against the Axis powers. The pilots who flew this aircraft did so with an immense amount of pride, and there is perhaps no-one better placed to tell the story of this incredible aircraft than these men. Martin Bowman has drawn together a selection of first-hand pilot testimonies in an effort to record authentically the experience of flying the much-mythologised Wellington during one of the most challenging eras of aviation history. The book is supplemented by two plate sections of stirring black and white images.

This is a very readable book and it gives a good overall impression of the many and varied tasks undertaken by the 11,461 Wellingtons that rolled off the production lines.