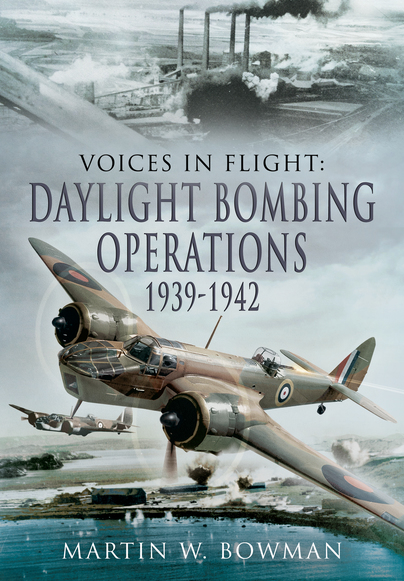 There are no records of war more valuable than the first-hand accounts of the individuals who were actually there. The vivid honesty of the stories on display here brings into sharp focus the personal fears as well as the sheer exhilaration of flying sorties by day, often through heavy flak, sometimes at hedge-hopping or wave- skimming heights, as the squadrons of Blenheims, Mosquitoes, Mitchells and Venturas swept across the Continent towards their targets.

From the outbreak of the Second World War to the eve of VE Day, the medium bomber crews of 2 Group RAF and 2nd Tactical Air Force flew vital operations over Europe. Here their story is told, month by perilous month, often in the words of the airmen themselves, their accounts supported by meticulous research. Their exploits include the first sorties of the war, the famous Operation Oyster to bomb the Philips works at Eindhoven and other low-level pinpoint attacks against key targets in occupied Europe and Scandinavia.

While sharing in the triumph of their bombing successes, we are not spared details of the appalling sacrifices and the failed and aborted raids. These details are relayed in a series of poignant personal snapshots, highlighting the extraordinary valour of these ordinary men. Remarkable photographs include aerial views of targets under attack, as well as dramatic portraits of the aircraft involved. This book serves as a moving tribute to the efforts of the pilots involved in some of the most perilous daylight bombing operations of the Second World War.