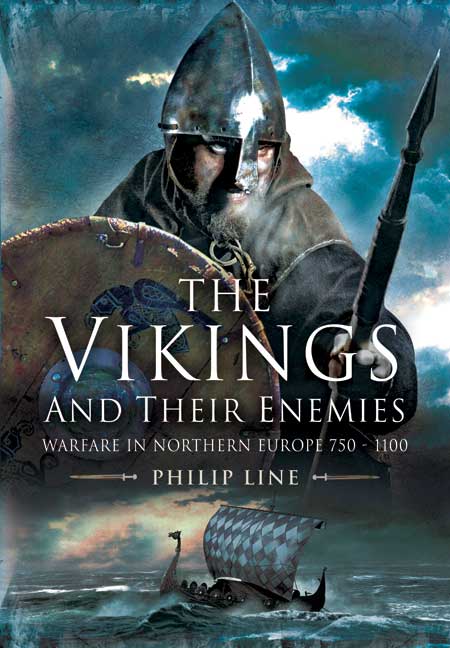 The Vikings and their Enemies (Hardback)

Add to Basket
Add to Wishlist
You'll be £25.00 closer to your next £10.00 credit when you purchase The Vikings and their Enemies. What's this?
+£4.50 UK Delivery or free UK delivery if order is over £35
(click here for international delivery rates)

Order within the next 8 hours, 46 minutes to get your order processed the next working day!

The Vikings had an extraordinary historical impact. From the eighth to the eleventh centuries, they ranged across Europe – raiding, exploring, colonizing – and their presence was felt as far away as Russia and Byzantium. They are most famous as warriors, yet perhaps their talent for warfare is too little understood. Philip Line, in this scholarly and highly readable survey of the Viking age, uses documentary sources – the chronicles, sagas and poetry – and the latest archaeological evidence to describe how the Vikings and their enemies in northern Europe organized for war. His graphic survey includes Scandinavia, the British Isles, the Carolingian Empire and its successor kingdoms and the lands of the eastern Baltic. He gives an up-to-date interpretation of Viking approach to violence and their fighting methods that will be fascinating reading for anyone who is keen to understand how they operated and achieved so much in medieval Europe.

This background material is used to give more context to Viking warfare than would be available just from a study of the sources directly relating to the Vikings, but the focus always returns to the Vikings and their immediate enemies. A wide range of topics are covered, from the equipment and training of the individual warriors to the overall structure of their campaigns. There is also an interesting section on the world view of the Viking warriors and their contemporaries – an attempt to understand how they saw themselves and their actions.

[The scope of this book is] very ambitious, and this volume is thankfully well researched - presenting a great deal of useful information to the interested reader. Where this work is particularly strong is in painting a detailed picture of the structure, economics and culture of Christianised Western Europe and the extent to which it was influenced by the powerhouse of Charlemagne’s Frankish Empire.

The research and references are very well done, for anyone interested in Vikings, this is a decent read.

The author has specialised in Scandinavian history during the period when the Vikings burst out onto Europe and beyond. His knowledge of warfare and tactics of the time is impressive and the book takes a fresh approach to the period, considering both the Vikings and their enemies. This is probably the finest account of warfare during the period and is essential reading for anyone who wishes toto understand this extraordinary period.

Philip Line is an expert on Viking land and sea warfare and on the early medieval history of Scandinavia, and has produced articles on aspects of the subject including a study of Norwegian naval warfare and the role of churchmen in military campaigns. He has also written on aspects of state formation and colonization in Scandinavia and the Baltic, his main work being a large study of state formation in Sweden. He has also studied ancient history and Scandinavian languages.