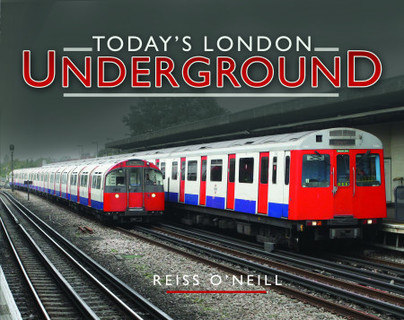 Add to Basket
Add to Wishlist
You'll be £30.00 closer to your next £10.00 credit when you purchase Today's London Underground. What's this?
+£4.50 UK Delivery or free UK delivery if order is over £35
(click here for international delivery rates)

"The images are well reproduced with a central spine margin and binding style allowing for comfortable reading...one I can recommend."

Mostly pictures with extended captions of today’s London underground at a time when it is going through major updates and changes. Quite a range of topics though mostly stations and trains, even tailended by pictures of the Underground’s emergency road vehicles. One wonders at pictures of the different types of station signs. At times this is a bit “samey” but it can evoke nostalgia in us exiles from The Smoke, only the unique smell of the deep level tubes is missing. A useful record and some good detail for the small but committed band who like to model the Underground.