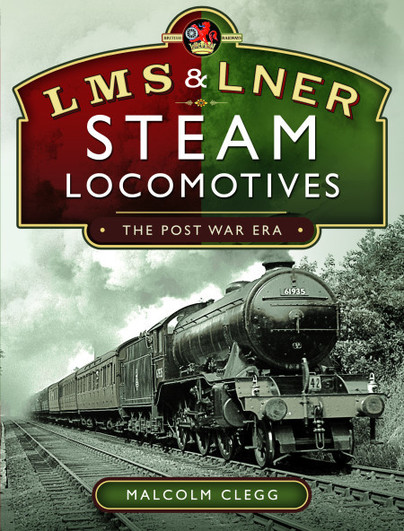 Click here for help on how to download our eBooks
Add to Basket
Add to Wishlist
You'll be £9.98 closer to your next £10.00 credit when you purchase L M S & L N E R Steam Locomotives. What's this?
Need a currency converter? Check XE.com for live rates

"I did enjoy going through this book a number of times to digest all the photos therein."

This book comprehensively illustrates and describes the locomotives of the former LMS and LNER from Nationalisation until the end of steam on British Railways. It will be welcomed by LMS, LNER and early British Railways enthusiasts alike as it a feast of high quality photographs with comprehensive captions and details of the steam locomotives in this era. Many will enjoy seeing the many photographs that have not been published before gathered together in a single neat volume.

"The book can be recommended for the excellence of its photographs"

Rob Adamson, The Journal of the Friends of the National Railway Museum Winter 2021-2022