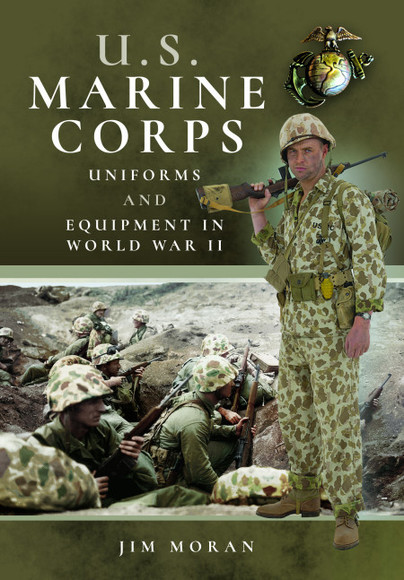 Add to Basket
Add to Wishlist
You'll be £16.99 closer to your next £10.00 credit when you purchase US Marine Corps Uniforms and Equipment in World War II. What's this?
+£4.50 UK Delivery or free UK delivery if order is over £35
(click here for international delivery rates)

Lavishly illustrated throughout with colour and black and white photographs, this book has the look of a catalogue. This is deliberate. The Marine Corps History and Museums Division have catalogued many thousands of artefacts and by working with them Jim Moran has provided us with an excellent foundation book on the subject. Many military model makers and historians will find this book has more than enough detail to satisfy their interest. Others who seek more will find it a great foundation to build upon. Either way this is an informative and well-presented volume. This is not just this reviewer’s opinion; the ringing endorsement from one of the Senior Curators at the National Museum of the Marine Corps in the foreword is full of praise for this book. This book is essential reading for anyone interested in the uniforms and equipment of the US Marine Corps that fought in the Pacific during World War II.