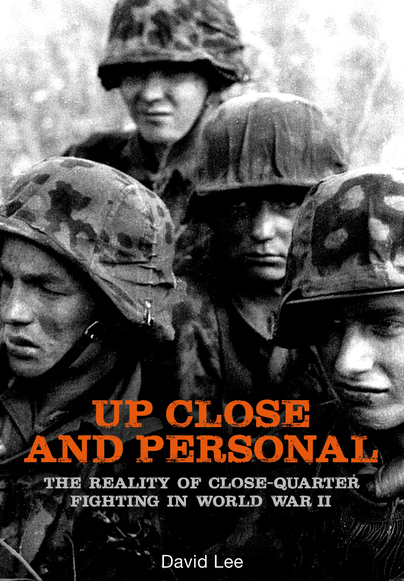 Up Close and Personal (Paperback)

The Reality of Close-Quarter Fighting in World War II

Add to Basket
You'll be £12.99 closer to your next £10.00 credit when you purchase Up Close and Personal. What's this?
+£4 UK Delivery or free UK delivery if order is over £30
(click here for international delivery rates)

• Takes a detailed look at close-quarter fighting in WWII • All major theatres are covered, with actions from each analysed • Contains numerous first-hand accounts from veterans This gripping book is about what it was really like to fight at the sharp end in World War II. In 1947, US General S. L. A Marshall controversially wrote that out of every one hundred combat soldiers only fifteen to twenty-five actually fired their weapons at the enemy, because of the innate human reluctance to take another's life. Others maintained the opposite view - that soldiers enjoyed killing. David Lee demonstrates that the situation was far more complex than either of these positions, arguing that the crucial factor for a unit's success in battle was the type of training it received. To illustrate this Lee covers actions from each theatre of the war, in depth and with comprehensive coverage of weapons and tactics. First there is the story of what happened when a battalion of British soldiers trained in the traditional manner came up against the Waffen SS, whose training was formidable and bore close resemblance to the Commandos'. The success of No. 4 Commando at Dieppe is covered to show how this was put into effect. For the desert war there is a detailed look at how a rifle battalion held the snipe position against overwhelming odds, and how that same battalion was virtually wiped out when it later went to Italy. For the Far East, Lee explains how hatred of the Japanese Army gave impetus to British soldiers fighting at Kohima and American soldiers at Iwo Jima. And finally there is the story of one US infantry regiment on D-Day. DAVID LEE is the author of the highly acclaimed Beachhead Assult: The Story of the Royal Naval Commandos in World War II, about which the Journal of Naval Engineering said, 'If you only buy one book this year - buy this one.'

Another interesting book, I am not going to spill the beans here, but must admit there were large parts of the book that I really found interesting... The book contains a lot of eye witness reports and diary extracts, making the 'up close' part of the title believable... All in all another title I can recommend to those interested in more detail in the history of WW2 and some specific areas!

DAVID LEE is the author of the highly acclaimed Up Close and Personal: The Reality of Close-Quarter Fighting in World War II - another collection of eyewitness narratives.