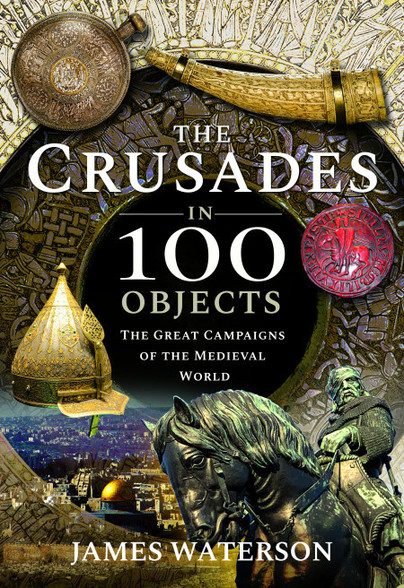 The Crusades in 100 Objects (ePub)

Click here for help on how to download our eBooks
Add to Basket
Add to Wishlist
You'll be £9.98 closer to your next £10.00 credit when you purchase The Crusades in 100 Objects. What's this?
Need a currency converter? Check XE.com for live rates

I enjoyed The Crusades in 100 Objects by James Waterson a lot. It has some pretty surprising objects, including new ones… and by new I mean 21st century objects which are related to the crusades nonetheless. That was a lovely surprise and I think it added an extra layer to the book. The objects are well presented with good quality and clear pictures, and many of them (if not all) have more than one picture too, which is great.