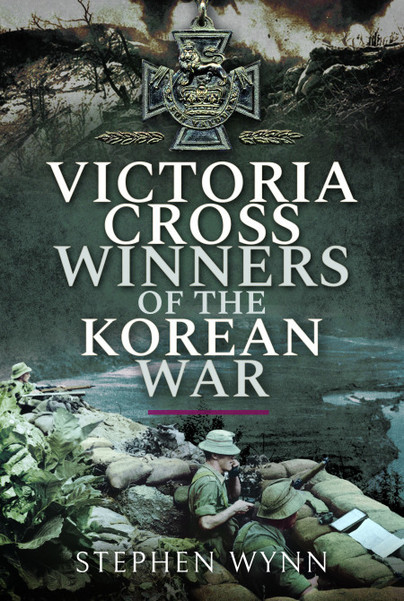 Click here for help on how to download our eBooks
Add to Basket
Add to Wishlist
You'll be £4.99 closer to your next £10.00 credit when you purchase Victoria Cross Winners of the Korean War. What's this?
Need a currency converter? Check XE.com for live rates

The Korean War (1950-53) is often referred to by many British and Commonwealth veterans who took part in it as the 'forgotten war', a reference which does not include themselves or the families and friends of those who were killed.

On 15 August 1945, US and Soviet forces liberated Korea from the Japanese and the country was subsequently divided along the 38th parallel, with the Soviets administering the northern part of the country and the Americans the south. Tensions between the two states continued, with both governments claiming to be the legitimate government of Korea. This came to a head on 25 June 1950, when the Korean People’s Army of North Korea crossed the 38th parallel into South Korea. For nearly four months the fighting swung first one way then the other, before forces from South Korea and other UN countries chased the North Koreans towards the Chinese border, which in turn saw China enter the war on the side of North Korea on 19 October.

Having initially refused to send troops to Korea due to commitments in Malaya, the British government was worried about the possibility of China threatening Hong Kong, which at the time was under British control. A combination of the worsening situation in Korea, concerns about its position as a major global power, and the potential damage to its relationship with the US, caused a change of heart and, on 29 August, British forces finally arrived in South Korea.

During the course of the Korean War, the Victoria Cross was awarded on just four occasions, although two other men were also awarded the equivalent George Cross. The Victoria Cross was twice awarded posthumously, with a third recipient dying in 1986 and the fourth dying in July 2018. Each of the actions which led to the awards are discussed in this book, which in the case of Bill Speakman, includes an interview he gave to the author in 2017.

Interesting book about the VC winners in Korea, the forgotten war. Brave men who deserve to be more well known. A good, interesting read if you enjoy UK military history.

It is an appealing book describing these brave men’s heroic actions. It is written in an easy-to read manner, and I found it very pleasing to read. The author has done considerable research and the product of this research is this lovely book. Anyone interested in the UK’s effort during Korean War should obtain a copy as it is an exceptional volume.