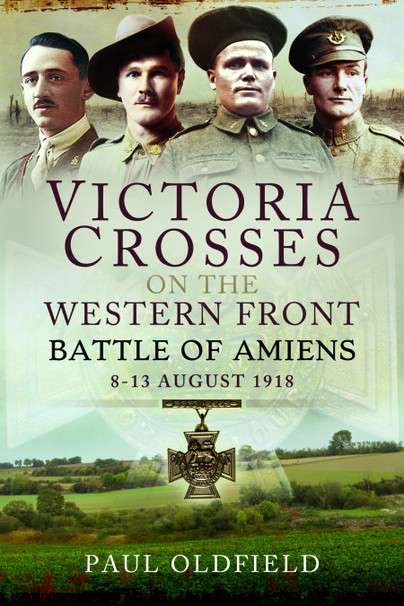 Add to Basket
Add to Wishlist
You'll be £19.99 closer to your next £10.00 credit when you purchase Victoria Crosses on the Western Front – Amiens, Albert & Arras. What's this?
+£4.50 UK Delivery or free UK delivery if order is over £35
(click here for international delivery rates)

As with the other books in the series, this is lavishly illustrated with both contemporary and modern images and the author has left no stone unturned. A useful addition to the ever-growing library of books on the Victoria Cross.