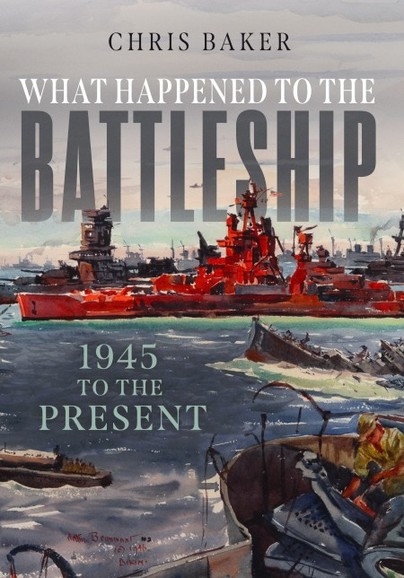 What Happened to the Battleship (ePub)

Click here for help on how to download our eBooks
Add to Basket
Add to Wishlist
You'll be £15.59 closer to your next £10.00 credit when you purchase What Happened to the Battleship. What's this?
Need a currency converter? Check XE.com for live rates

In the hundreds of books written about battleships, the authors tend to draw down the curtain on the careers of these great vessels in September 1945, with the surrender of Japan. Yet, on that day some ninety-eight battleships or ex-battleships might be spotted around the world, and eleven of them were in or around Tokyo Bay for the surrender itself. What happened to all those ships?

This new book takes a fresh look at the slow demise of the battleship. It examines the decisions made by the major world powers after 1945, and their aspirations to retain battleships in their navies, despite financial stringency. It places the history and role of battleships after 1945 in their geo-political context, centred around the Cold War and the need for the West to face down an aggressive Soviet Union. It also examines the impact on battleships of operational analysis of the Second World War and new technological developments, notably the atom bomb and the guided missile.

The book uses the wealth of information from ship’s books, ship’s logs and gun logs to document in considerable detail what the ships actually did after the Second World War, with a particular focus on those of the Royal Navy. It covers United States battleship operations in Korea, Vietnam and the Gulf War, as well as the deterrent role played by battleships for NATO from the 1950s to the 1990s.

Finally, it brings the story up to date by documenting the preservation as museum ships of the eight dreadnoughts which still exist today in the United States.

Extensively illustrated with photographs of the huge range of activities of battleships after 1945, from their use as Fleet flagships to Royal or Presidential yachts and more poignantly as target ships, this new book will appeal equally to the historic ship enthusiast and naval specialist, and provide a novel perspective through a battleship–shaped lens on late twentieth-century history for the more general reader.


"Overall this is a fascinating book that sheds a fresh perspective on the declining years of the battleship. I learnt a lot from it, thoroughly enjoyed reading it from cover to cover and recommend it highly."

"This is an excellent work which will appeal equally to the historic ship enthusiast and naval specialist and I would posit the general reader. Highly Recommended!"

CHRIS BAKER read Modern History at Oxford University, where he specialised in military history. He spent thirty-seven years as a civil servant in the UK Ministry of Defence, dealing with defence policy, programme and resource issues. Battleships have been a lifelong interest, and his study of them has come to fruition in this, his first book.