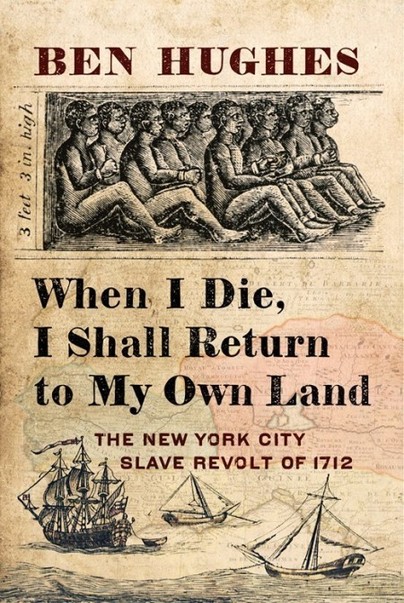 When I Die, I Shall Return to My Own Land (Hardback)

Add to Basket
Add to Wishlist
You'll be £25.00 closer to your next £10.00 credit when you purchase When I Die, I Shall Return to My Own Land. What's this?
+£4.50 UK Delivery or free UK delivery if order is over £35
(click here for international delivery rates)

At 2 a.m. on April 7, 1712, a fire broke out in New York City’s North Ward. Unbeknown to the residents who roused themselves to combat the flames, the blaze had been started with murderous intent. A group of at least twenty-four enslaved West African men and women, mostly Akan from modern-day Ghana, had long plotted this moment. Armed with guns, daggers, swords, axes, and clubs, they fell upon their enslavers. In the next few frantic moments, eight Europeans were killed and seven were wounded. The perpetrators were rounded up, jailed, and put on public trial. Twenty enslaved men and one woman were executed or transported for carrying out the plot. As the first event of its kind to take place in the North American colonies, this revolt was the progenitor of those that followed—it inspired, the Stono Rebellion of 1739, the New York Conspiracy of 1741, and Nat Turner’s 1831 insurrection.

When I Die, I Shall Return to My Own Land: The 1712 New York City Slave Revolt is the first comprehensive investigation into this major event in the history of slavery in North America. Consulting court records, correspondence, and the minutes of the various colonial councils, as well as a wide range of sources related to eighteenth-century slavery, historian Ben Hughes vividly recreates early colonial New York, the lives of its enslaved inhabitants, the factionalism among the city’s Dutch and English elites, and their precarious hold on Manhattan Island in the face of French and Native American threats. Hughes traces the origins of the New York rebels, details how they came to be enslaved, and recreates the shadowy dealings that took place between African polities, European and American slavers, and New York merchants. The forerunners of a movement which continues to this day, the deeds of these original African American rebels have now been all but forgotten. Here, Hughes attempts to redress this imbalance by recovering their story.