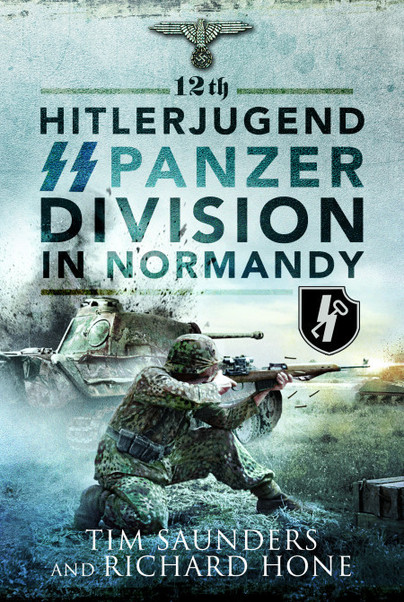 Click here for help on how to download our eBooks
Add to Basket
Add to Wishlist
You'll be £4.99 closer to your next £10.00 credit when you purchase 12th Hitlerjugend SS Panzer Division in Normandy. What's this?
Need a currency converter? Check XE.com for live rates

This was in effect a stunning read about the 12th HitlerJugend Panzer Division holding up the allied forces in some ways very successfully in northwestern France. I have learned such a lot reading this book and really enjoyed it. The book is very comprehensive in writing and detail, certainly supported by great photographs and map details. I loved the style in which the book is written as each chapter was divided into sections and dealt with and then moved on to the next incident or engagement. The end and notes in the book were good, and they are always good in a Pen & Sword Book, because there is so much more to learn often in the notes sections. A thoroughly good book, certainly one of the best I have read this year so far.

It pays great respect to the men who fought on both sides of this battle. All of them were brave and the book does take the “neutral” position being a military history book. The authors have done great service to these men, and they must be commended for the quality of their research and for producing this wonderful Divisional history.

Anything that's concerned with the Hitler Youth movement makes for chilling reading but is a part of our history but should not be ignored.

A Tim Saunders book seldom disappoints and this one is no exception. Insightful narrative coupled with detailed maps and relevant images deliver an excellent account of the 12th SS Panzer Division and the particular context in which it operated. As promised, it conducts an investigation that does not sensationalise yet correctly accounts for both excellences and shortcomings. The narrative benefits from the interview Tim conducted with Hubert Meyer several years ago and I can recall Tim’s excitement in having gained Meyer’s views of the events in Normandy. My father was in 59th Division opposing 12th SS Panzer near Caen; I now have a much better understanding of the events he described. Currently my book of 2021!