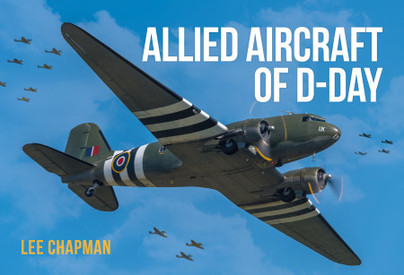 Allied Aircraft of D-Day: A Photographic Guide to the Surviving (Paperback)

Aircraft of the Normandy Invasion

Preorder
Add to Wishlist
You'll be £14.39 closer to your next £10.00 credit when you purchase Allied Aircraft of D-Day: A Photographic Guide to the Surviving. What's this?
+£4.50 UK Delivery or free UK delivery if order is over £35
(click here for international delivery rates)

Order within the next 3 hours, 14 minutes to get your order processed the next working day!

The 1944 Allied invasion of France was a combined effort, with land- and sea-based forces supported by a huge aerial task force, which included legendary aircraft such as the Spitfire, Mosquito, Dakota and Mustang. The force comprised the RAF, its commonwealth allies and the USAAF, which resulted in an eclectic mix of gliders, heavy bombers, fighters, ground-attack aircraft and transport aeroplanes. Illustrated with over 170 color images of modern-day surviving and restored aircraft, this book features many of the aircraft types that were involved in the operations surrounding the Normandy invasion, including the aircraft the flew on D-Day itself.