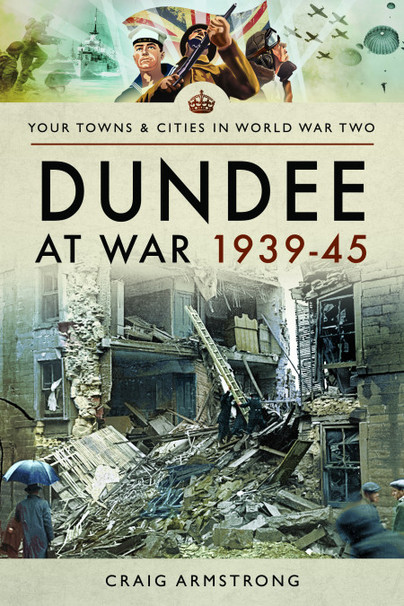 During the Second World War a number of industries in Dundee were of importance to the war effort. The jute industry, which had previously dominated the local economy, had suffered badly during the 1930s. However, the war gave a temporary boost to the industry with as the material was in high demand for use in sandbags. The shipbuilding industry was also important, with the Caledon Yards being busy throughout the war. The yard refitted two Polish submarines at the beginning of the war and constructed a number of Castle and Loch Class frigates, as well as a number of merchant vessels.

With its strategic importance it was believed that Dundee would be an obvious target for the Luftwaffe. Fortunately, however, Dundee escaped relatively unscathed and the city itself was only bombed on twenty-four occasions.

Dundee also played a significant role in the war at sea, the city being home to a major Royal Navy submarine base, HMS Ambrose. Consequently, sailors came to be an important part of the wartime scene in Dundee and came not only from Britain and its Empire, but also from France and Norway.

A great many Dundee men and women served in the armed forces during the war and the city suffered many casualties, but many also received decorations as a result of their bravery. Amongst them was Wing Commander Gordon Hugh Malcolm, who received the first RAF VC awarded for action in North Africa.

This book does stand out due to the amount of military focus on individuals who have achieved a lot and been rewarded. This book is another valuable addition to the Town & Cities of the Second World War series, a book I would happily recommend.

As featured in 'Facing up to war'