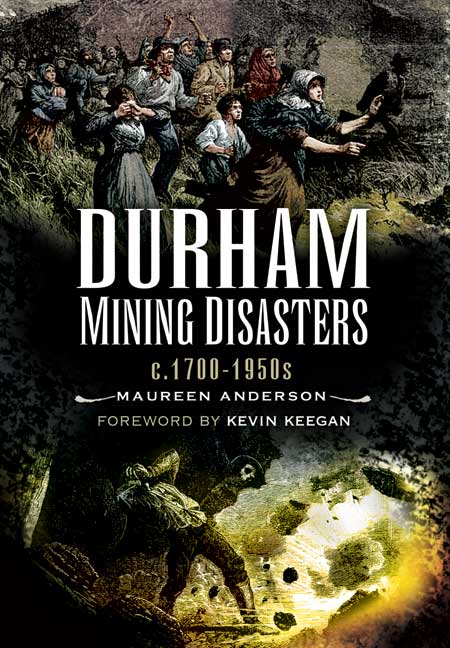 Click here for help on how to download our eBooks
Add to Basket
Add to Wishlist
You'll be £4.99 closer to your next £10.00 credit when you purchase Durham Mining Disasters. What's this?
Need a currency converter? Check XE.com for live rates

It is now over half a century since the last coalmining disaster to affect the lives and families of people living and working on what became known as the Great Northern Coalfield. This was the first area of Britain where mining developed on a large scale but at tremendous human cost. Mining was always a dangerous occupation, especially during the nineteenth century and in the years before nationalization in 1947. Safety was often secondary to profit. It was the disasters emanating from explosions of gas that caused the greatest loss of life, decimating local communities. In tight-knit mining settlements virtually every household might be affected by injury or loss of life, leaving widows and children with little or no means of support. At Haswell in 1844 95 men and boys perished; 164 died at Seaham in 1880 and 168 at West Stanley in 1909. This volume provides us with an account of these and all the other pit disasters in County Durham from the 1700s to the 1950s

You could be forgiven for thinking that the world is a better place now that mining for coal has all but ceased in Britain. Maureen's slice of social history looks specifically at mining disasters in Durham, whilst acknowledging that the mining industry was something of a disaster in terms of lives lost etc. A fascinating look at the North East's mining history.