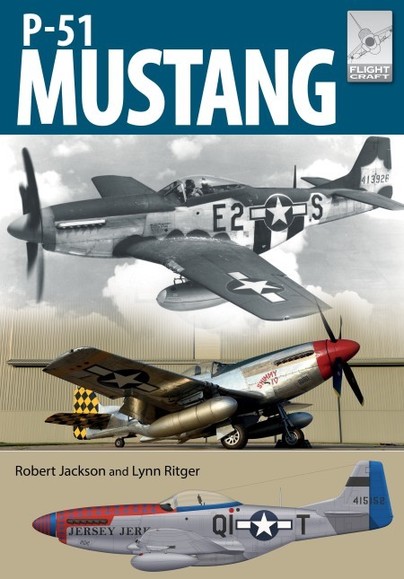 Click here for help on how to download our eBooks
Add to Basket
Add to Wishlist
You'll be £4.99 closer to your next £10.00 credit when you purchase Flight Craft 19: North American Aviation P-51 Mustang. What's this?
Need a currency converter? Check XE.com for live rates

"I asked myself: If I knew nothing about the Mustang, and bought a kit, would this book give me basic background information on the aeroplane and perhaps some helpful notes on the kit I have?" And the answer is that it does."

This book has tackled a subject that due to people’s love of the P-51 Mustang and the amount of information available is an immense task and done that job well.

The visual section consists of 119 photographs in black and white and 115 in color, all of them of high quality.
Must-have Aeronautical Modeling Series in our library.

The P-51 Mustang was first flown operationally not by the USAAF but by the Royal Air Force (RAF). This is reflected in this new book that should please both warbird buffs in general and especially modellers - here you will find sharp reviews of P-51 kits in all scales.

Another good addition to the FlightCraft series and one of the most popular model subjects I can think of. A good historical background coupled with a valuable overview of the quality of models you can get and the best one for the particular variant you are interested in. Easy to recommend.

An exceptional history and examination of the P-51 Mustang.

This is my first time reading this group of books from the Flight Craft Series, and it’s very similar to the Tank Craft series in that it is primarily aimed at model makers in their specific field. I felt after reading this book that there was a bit more history and background to the P-51 Mustang, than you get in the tank series. But this might not actually be the case as with planes they are generally in service for a shorter time than other weapons of war such as a tank. This book has full background information on the plane which is excellent and well worth a read and each photograph is supported by some great information. The pictures towards the back of the book are of Mustang models which look in great condition and the detail on various pictures looks fantastic. These books are fantastic for the beginner and the expert, and although the expert is going to know the knowledge the many photographs are great to follow or copy. A great book/series for aviation fans.