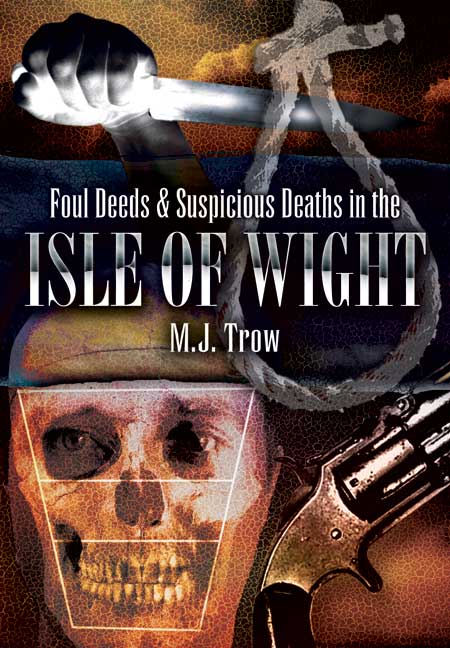 Foul Deeds and Suspicious Deaths in Isle of Wight (ePub)

Click here for help on how to download our eBooks
Add to Basket
Add to Wishlist
You'll be £4.99 closer to your next £10.00 credit when you purchase Foul Deeds and Suspicious Deaths in Isle of Wight. What's this?
Need a currency converter? Check XE.com for live rates

Death and villainy always hold us in their grim but thrilling grip. In Foul Deeds and Suspicious Deaths in the Isle of Wight the chill is brought close to home as each chapter investigates the darker side of humanity in notorious cases of murder, deceit and pure malice that have marked the history of this apparently peaceful island. From crimes of passion to opportunistic killings and coldly premeditated acts of murder, the full spectrum of criminality is recounted here. For this journey into a bloody, neglected aspect of the past, Isle of Wight historian and crime writer M.J. Trow has selected over 20 notorious episodes that give a fascinating insight into criminal acts and the criminal mind.
He throws light into the shadowy world of the smugglers, pirates and robbers who plagued the island's early history. He recalls the escape attempts of Charles I from Carisbrooke Castle, the mysterious loss of the Mary Rose and the Royal George, and the scandalous conduct of Lady Worsley. In vivid, sometimes shocking detail he reconstructs notable criminal cases, including the brutal murders that have marked the island's more recent past. Also he delves into the history of the island's three prisons - Albany, Parkhurst and Camp Hill - which have housed many of Britain's most violent criminals.

This is one of the better in this series and should not be missed.