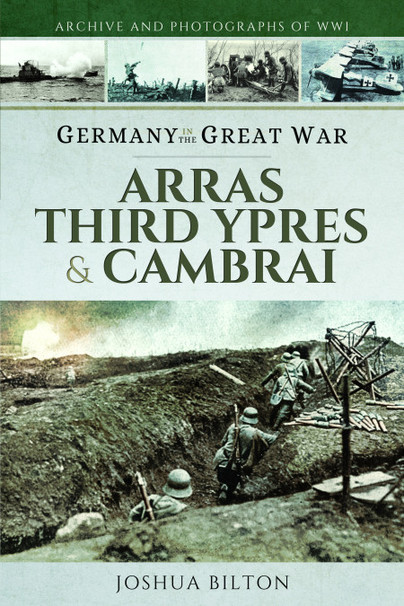 Germany in the Great War (ePub)

Click here for help on how to download our eBooks
Add to Basket
Add to Wishlist
You'll be £4.99 closer to your next £10.00 credit when you purchase Germany in the Great War. What's this?
Need a currency converter? Check XE.com for live rates

This book documents the experiences of the Central Powers, specifically Austria-Hungary, Germany and the Ottoman Empire during 1917, as they fought on land, at sea and in the air.

Drawing on hundreds of contemporary photographs, many of them never previously published, this book examines the experiences of these three nations, spotlighting not only the events that occurred throughout the year, but the lives of those individuals fighting and dying to defend their homelands, families and friends. Each chapter includes a succinct overview of a single front or theatre of operation, complimenting the hundreds of professional and amateur photographs contained within.

Though many of the images are of the German and Austro-Hungarian armies on the Westfront and Ostfront, several additional chapters also explore the fighting across other, lesser-known fronts, including the Südwest Front and in Sinai and Palestine, and Mesopotamia.

This book is an excellent pictorial guide that would be of benefit to anyone seeking to gain a better understanding of what life was like from the perspective of the German, Austro-Hungarian and Ottoman armies, and their peoples during the fourth year of the First World War.

If we need a reminder that war is a terrible thing, then this doesn't try to hide it. For those interested in the history of WW1 this is a great collection to see, and that little bit different for many of us I suspect for focussing on the German, Austro-Hungarian side of things. Recommended.

I enjoyed this book, which I now regard as an important work of reference, and have no hesitation in recommending it. A publication of this quality doesn't need a lengthy review!