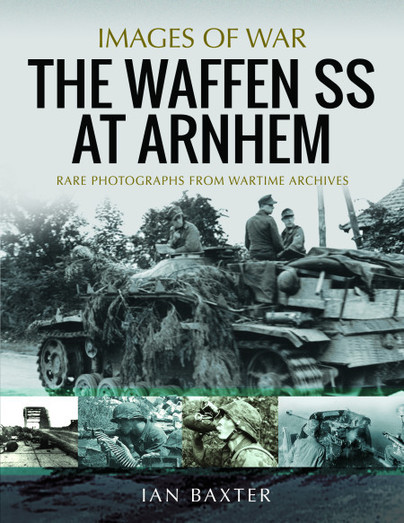 The Waffen SS at Arnhem (ePub)

Click here for help on how to download our eBooks
Add to Basket
Add to Wishlist
You'll be £4.99 closer to your next £10.00 credit when you purchase The Waffen SS at Arnhem. What's this?
Need a currency converter? Check XE.com for live rates

In September 1944, units of the Waffen-SS position itself around Arnhem, in Netherlands to protect the bridge over the Rhine. A British and Amerian military thrust aimed to capture the bridge and roll on into Germany. The Allied intension was to seize the bridge, many miles behind German lines, to stop it being demolished by retreating German troops.
Expecting little resistance, more than 6000 British and Polish little armed airborne troops dropped over the fields close to the bridge.

Thet were met by surprised Waffen-SS units, seasoned soldiers who had fought on the eastern front against the
Russian's sprinkled with recently trained troops lacking combat experience. The allied mission to seize the bridge was a failiare. The operation was called 'Market Garden, but it became better known as 'The bridge to far'.

Ian Baxter's 'The Waffen-SS at Arnhem' is part of 'Images of War' series and full of rare photographs' from wartime archives, which one can linger over.

"You will also gain a much better understanding of the British and Allied efforts from reading the brief written narratives which precedes each chapter and accompany the photographs."