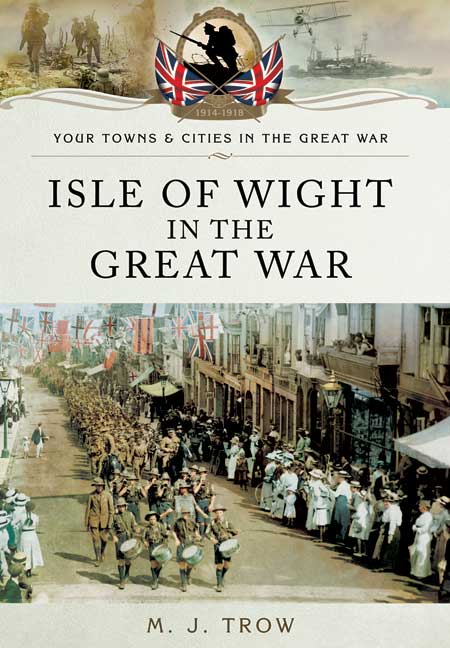 Isle of Wight in the Great War (ePub)

Click here for help on how to download our eBooks
Add to Basket
Add to Wishlist
You'll be £4.99 closer to your next £10.00 credit when you purchase Isle of Wight in the Great War. What's this?
Need a currency converter? Check XE.com for live rates

The Isle of Wight went to war in August 1914 along with the rest of Britain. German waiters were arrested. The tourist trade slumped. Foreigners were denounced and lads from all walks of life flocked to the Colours. Then came privations, losses, hospitals full of the sick and crippled. After conscription was brought in tribunals were set up to catch draft-dodgers. Thousands of pounds were raised for the war effort and lectures, rallies and the local press all did their bit to keep morale high. There are no official figures for the Island's war dead, but 300 of the Isle of Wight Rifles fell on one day at Gallipoli in August 1915.
The original plan to commemorate the dead was to erect a cross in Winchester but that changed so that every Island parish had a memorial of its own. Ex-Islanders from as far away as Australia and Canada volunteered to fight for king and country in this war to end all wars.

Containing more than images, Isle of Wight in the Great War, is described as an ideal read for military and social historians and a fitting testament to the courage and endurance of the Island's residents. He (the author) encapsulates well-known facts and little-known nuggets, including the claim the first Island casualty of war fell in the street outside the 29 High Street office of the County Press in Newport.