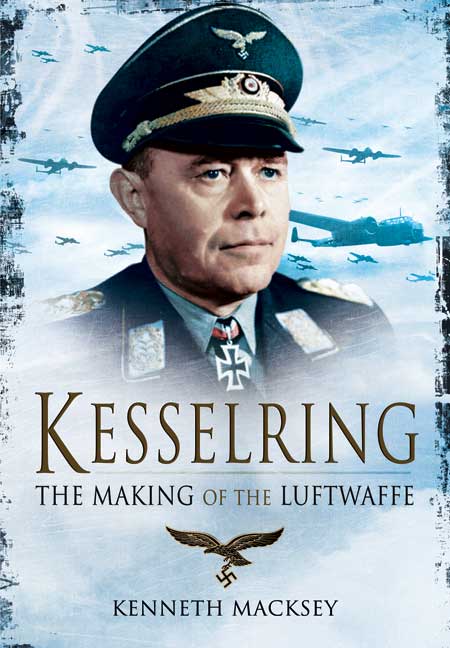 Kesselring: The Making of the Luftwaffe (ePub)

Click here for help on how to download our eBooks
Add to Basket
Add to Wishlist
You'll be £4.99 closer to your next £10.00 credit when you purchase Kesselring: The Making of the Luftwaffe. What's this?
Need a currency converter? Check XE.com for live rates

Illustrated with maps and a center section of black and white photographs. Kesselring-commander, leader, administrator; the only senior German officer to start and finish the Second World War holding a high command appointment. There was scarcely a major campaign in which he was not at some time deeply involved: he flew in the forefront of the battle over Poland, Holland, Britain, Russia and the Western Desert and was shot down five times; as a field commander he defended Tunisia, Italy and, ultimately, Germany. But it is as much for his role in the formation and development of the Luftwaffe that Kesselring is remembered-his were many of the ideas, plans and insights about the part played by aircraft in the land battle. They were central to the careful, systematic reorganization and building up of the German military machine in the 1920s and 30s. This first complete biography presents the complex, fascinating personality of a man whose qualities of utter determination, charm and good humor, harnessed to outstanding training and experience, enabled him to cope with both victory and defeat and, finally, when placed on trial for his life, to face his judges with dignity, equanimity and a staunch defence.

It is a thorough and absorbing historical reference, well written with language appropriate to the subject. The author skillfully highlights Kesselting's virtues, his stewardship of the luftwaffe, his honorable character and his personal high standards. It will be a thoroughly absorbing read for those with an interest in military history and/or those who wish to study leadership and generalship, particualrly during wartime.

The first full biography of this complex personality whose organisational skills, charm and sheer determination carried him though incredibly testing times, both during the war and when put on trial afterwards.

We do not normally review books on German generals in this magazine but this is one that is instructive on how it is just possible to weave a path between warring factors – all of whomare supposed to be on the same side.

Originally written in 1978, this biography charts the astounding career of the only German officer to remain in high command throughout World War 2. An excellent read, with a selection of personal photos rather than the usual images of this great leader. Recommended!

Biography of kesselring, presenting his complex, fascinating personality, and exploring the sheer determination that led to his significance to the German military machine.

This book is the first complete biography of this complex, fascinating personality whose organisational skills, charm and sheer determination carried him through testing times in the war.