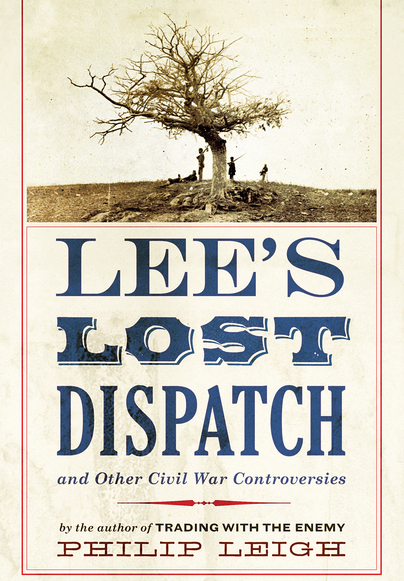 Add to Basket
Add to Wishlist
You'll be £14.99 closer to your next £10.00 credit when you purchase Lee's Lost Dispatch and Other Civil War Controversies. What's this?
+£4.50 UK Delivery or free UK delivery if order is over £35
(click here for international delivery rates)

Were there over-arching decisions that the Confederacy or Union made that had a greater effect on the course of the war than generally thought? Were there lauded command changes that may not have been as beneficial as presumed?
How intertwined were the business aspirations of both sides of the conflict and what role did disinformation play in key battles? In Lee's Lost Dispatch and Other Civil War Controversies, New York Times “Disunion” contributor Philip Leigh presents twelve stories from these turbulent times that afford a better understanding of how the war unfolded and how it was fought. The stories range from the Union's delayed introduction of repeating arms and why a commercial steamer and not a warship was sent to relieve Fort Sumter to how Robert E. Lee's critical dispatch at the battle of Antietam may have been lost and whether Southern poverty is the most protracted legacy of the war. Written to promote discussion and debate, this volume will intrigue those who enjoy Civil War history and contemplating alternatives to many assumed conclusions.

This book covers episodes that are both diverse and interesting.