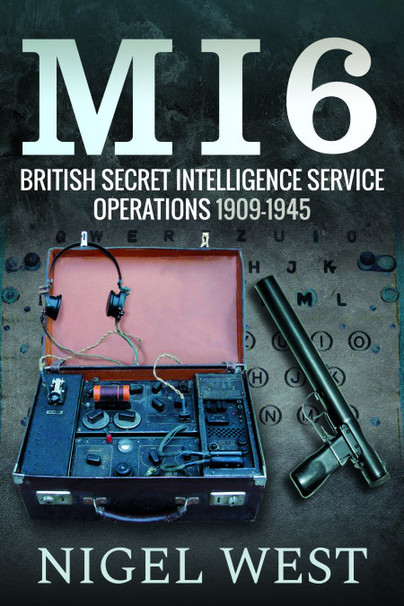 Click here for help on how to download our eBooks
Add to Basket
Add to Wishlist
You'll be £4.99 closer to your next £10.00 credit when you purchase MI6: British Secret Intelligence Service Operations, 1909–1945. What's this?
Need a currency converter? Check XE.com for live rates

This title, also by West, exposes the operations of Britain’s overseas intelligence-gathering organisation, the famed Secret Intelligence Service, MI6, and traces its origins back to its inception in 1909. The book mainly concerns MI6’s operations during the Second World War, and includes some remarkable successes and failures, including how MI6 financed a glamorous confidant of the German secret service; how a suspected French traitor was murdered by mistake; how Franco’s military advisors were bribed to keep Spain out of the war; how members of the Swedish secret police were blackmailed into helping the British war effort; how a sabotage operation in neutral Tangiers enabled the Allied landings in North Africa to proceed undetected; and how Britain’s generals ignored the first ULTRA decrypts because MI6 said that the information had come from a well-placed source called ‘BONIFACE’. An engaging inside story throwing light on many wartime incidents that had previously remained unexplained.