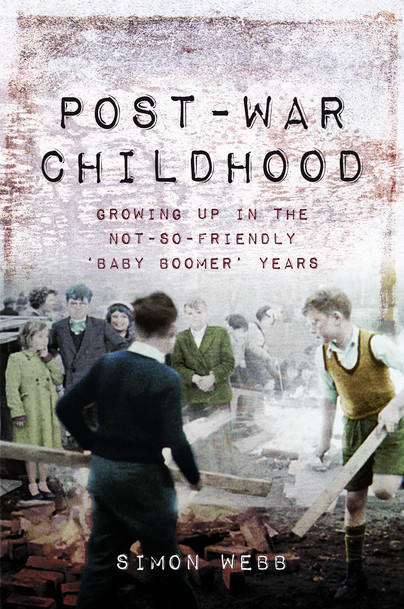 You'll be £9.09 closer to your next £10.00 credit when you purchase Post-War Childhood. What's this?
+£4.50 UK Delivery or free UK delivery if order is over £35
(click here for international delivery rates)

I was curious to read Post-War Childhood by Simon Webb – Growing Up in the Not-So-Friendly ‘Baby Boomer’ Years* because I can’t say I know a lot abut life in post-war Britain and next year it’s something I’m going to study. Some of the things mentioned in the book are, frankly, shocking. I gave the book 5 stars.