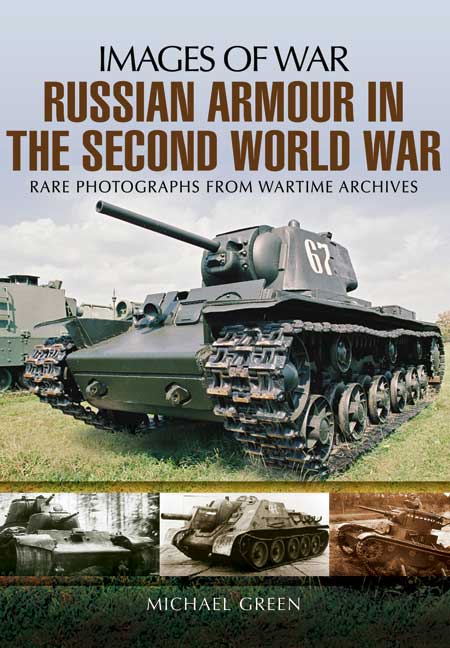 Click here for help on how to download our eBooks
Add to Basket
Add to Wishlist
You'll be £4.99 closer to your next £10.00 credit when you purchase Russian Armour in the Second World War. What's this?
Need a currency converter? Check XE.com for live rates

It was the Stalin's tanks and armoured fighting vehicles and their crews that finally pushed the German Army back from the outskirts of Moscow in late 1941 and early 1942. Proof of the Red Army tanks' and AFVs' effectiveness came at the Battle of Kursk in the summer of 1943 when they defeated the cream of the Panzertruppen, From that point on, the tanks and armoured fighting vehicles of the Red Army continued their offensive operations until they victoriously entered Berlin in April and May 1945.

This latest book in the Images of War series paints a broad picture of Russian tanks and armoured fighting vehicles that defeated the might of Hitler's Panzer Armies.

American expert Michael Green provides us not only historical images of the full range of Russian armour but also exterior and interior colour photos of preserved and restored tanks and AFVs from the period.