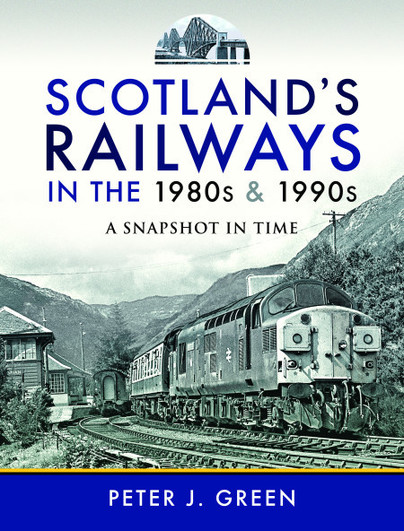 
A book full of nostalgia for those who thought railways after the end of steam would be an endless stream of lookalike boxes. The book is a revelation for not only the beauty and grandeur of the landscape through which the railways ran, but the way in which the author has managed to make the train a part of the overall image rather than just the subject. The shots are well composed and whole scenes are captured, so there is plenty of infrastructure to be seen. if you are interested in the railway scene in Scotland of 30 to 40 years ago, this is a great book for browsing. Highly recommended.

A book for the enjoyment of our eyes.