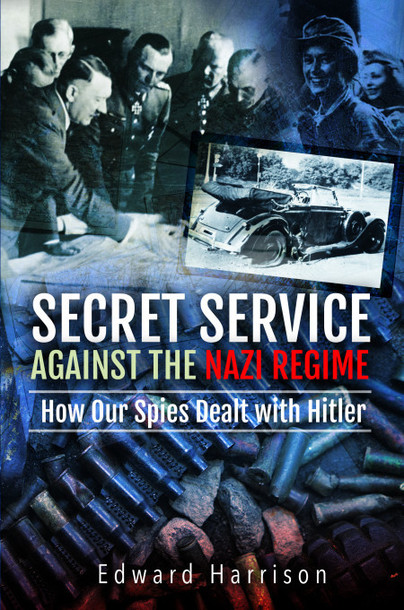 Add to Basket
Add to Wishlist
You'll be £25.00 closer to your next £10.00 credit when you purchase Secret Service Against the Nazi Regime. What's this?
+£4.50 UK Delivery or free UK delivery if order is over £40
(click here for international delivery rates)

"Dr. Harrison has provided us with one of the most uniquely human books, albeit half a
dozen contributing treatises of survival with all the drama of power struggles, personality
clashes, errors, heroism, human intelligence in the chronological history of published reads
about human conflict"

This is an excellent book that looks at the secret service operations and plans to try and hinder the Nazi regime around Europe and Northern Africa. It’s a fascinating collection of works that really draws the reader into various worlds of danger, extremism and bravery. The members of the secret services had to show great bravery and skill as the possible end result would have been certain death. To think many of these agents were having to work secret so if anything went wrong, then everything would have been denied.

I really enjoyed this book, an ideal read for those that write about spy dramas and espionage as this book shows exactly how it would have been. A book that they say would be hard to put down. Well written and captivated the reader. Pen & Sword have really got me into this spy world and espionage, with great books about some great intelligence agencies.