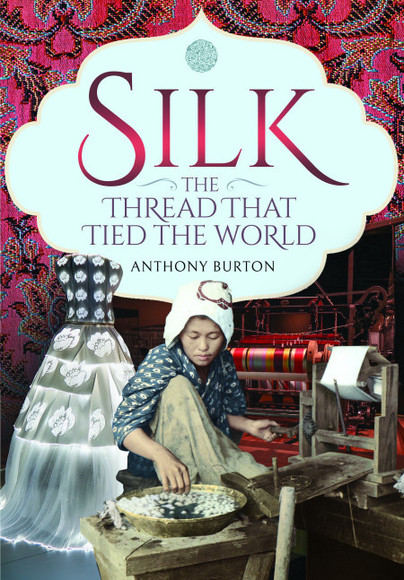 Silk, the Thread that Tied the World (ePub)

Click here for help on how to download our eBooks
Preorder
Add to Wishlist
You'll be £9.98 closer to your next £10.00 credit when you purchase Silk, the Thread that Tied the World. What's this?
Need a currency converter? Check XE.com for live rates

Silk was a luxury item that bestowed prestige, so it was inevitable that the wealthy wanted their silks to be as elaborate as possible, beautiful designs were produced in the Islamic world and gradually a European industry developed.


A delightful meeting of history, fashion, and technology.

As someone who enjoys fiber craft and creating clothing, I fully understand the hobby craft comes at the end of a very long process of technological development to make my trip to the craft store and my home assembly of clothes a recreational activity rather than a necessity. Since I'm also a hungry consumer of knowledge, this book scratches the itch to know more about one of the most storied natural fibers worked by humankind.

Silk carries so much with it - lore, morality, history, luxury - but what I found most interesting in this book was how closely tied the millennia of silk trading and development is to some of the technologies in daily use today. For example, the use of our current numeric system and its ties to the silk trade.

I would highly recommend this book to anyone interested in the history of technology, chemistry, fashion, textiles, or even business and trade. It supports its thesis well - silk really did tie the world together.

This is a great historical book which I felt was very well written and amazingly kept me hooked on the history of silk.

An informative read about the silk: the material, the silk trade and its influence on the world.