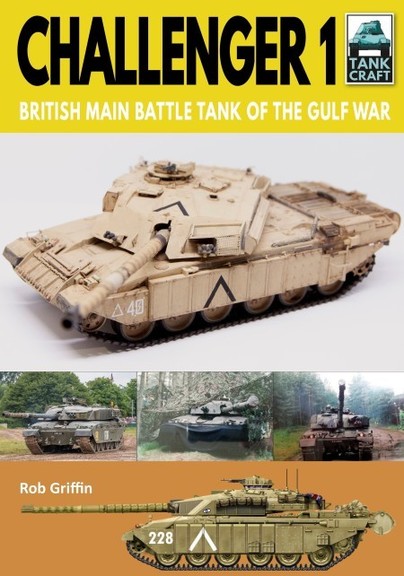 Click here for help on how to download our eBooks
Add to Basket
Add to Wishlist
You'll be £4.99 closer to your next £10.00 credit when you purchase Tank Craft 21: Challenger 1. What's this?
Need a currency converter? Check XE.com for live rates

Verdict: ... the books provide an excellent portrait of the Challenger 1 and Challenger 2 tanks, which are becoming increasingly popular with modellers.

This book is a great addition to the Tank Craft series. It will prove invaluable for model makers building the Challenger 1 with the close up photographs and model show case being of particular interest. It is good to see four view drawings and the inclusion of a small scale model so well done is a real plus. Highly recommended to model makers interested in this iconic Main Battle Tank.