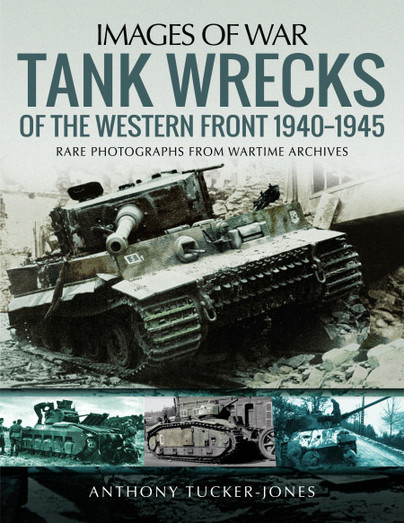 Click here for help on how to download our eBooks
Add to Basket
Add to Wishlist
You'll be £4.99 closer to your next £10.00 credit when you purchase Tank Wrecks of the Western Front, 1940–1945. What's this?
Need a currency converter? Check XE.com for live rates

Another great title in the Images of War series. Showing rare images from WW2 of a selection of tank wrecks of the Western Front. It’s a great reference for diorama modellers and the information given on the development of the tank during the war years, is extremely helpful. Thank you Anthony for a fascinating addition to the series.

This new book from the popular Images of War series published by Pen & Sword brings readers a collection of rare photos from wartime archives, and in particular tank wrecks of the Western Front, which may well appeal to the model maker more than the vehicle enthusiast. That said, there is an interesting collection of photos within the book that cover a variety of tanks, which include the likes of the French Hotchkiss, Renault 35/40, Char B1 British Vickers, Matilda, Churchill and Sherman, as well as the German Panzer I, II, III and IV, along with the larger Panther and Tiger I and II.