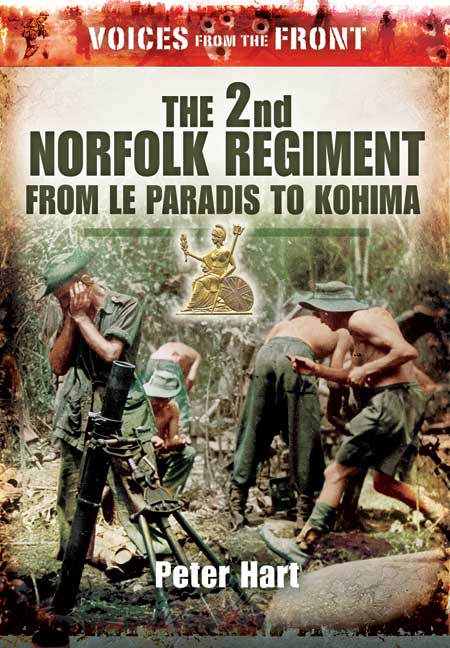 The 2nd Norfolk Regiment: From Le Paradis to Kohima (ePub)

Click here for help on how to download our eBooks
Add to Basket
Add to Wishlist
You'll be £4.99 closer to your next £10.00 credit when you purchase The 2nd Norfolk Regiment: From Le Paradis to Kohima. What's this?
Need a currency converter? Check XE.com for live rates

The 2nd Norfolk Regiment were a proud old regular battalion honed in the pre-war traditions of spit and polish at their Britannia Barracks in Norwich. Sent to France they sold their lives to gain time for the retreat to Dunkirk when surrounded by an SS Division at Le Paradis in May 1940. Over 100 of the survivors would be brutally massacred. Back in England they reformed from ordinary drafts of men called up from all over the country. A new battalion was born. Sent to India they met the Japanese head on in the bloody fight for Kohima against the Imperial Japanese Army. As the fighting raged in the jungle the Norfolks were once again right at the very sharp end of modern war. This is their story.

The book is based on a series of interviews with members of the battalion conducted by Peter Hart, an oral historian at the Imperial War Museum. Hart has provided a connecting narrative, but it is the soldier's own voices that dominate the book. Amongst the interviewees was one of the two survivors of the massacre at La Paradis.
The most interesting part of the book covers the fighting in Burma. Here we get a real feel for the difficulties of operating in the jungle, especially when the battalion was sent on a seven mile long march to outflank the Japanese at Kohima that took them two days to complete because of the nature of the terrain.
This is a very valuable piece of work, recording the memories of the remarkable men who fought in France and in Burma, against two very different but equally tenacious opponents.

Peter Hart was born in 1955. After attending Liverpool University he has worked as the Oral Historian at the Imperial War Museum since 1981. He is responsible for interviewing veterans of all conflicts from the Great War to the present day.

He is married with two deceptively lovely children and lives in North London.