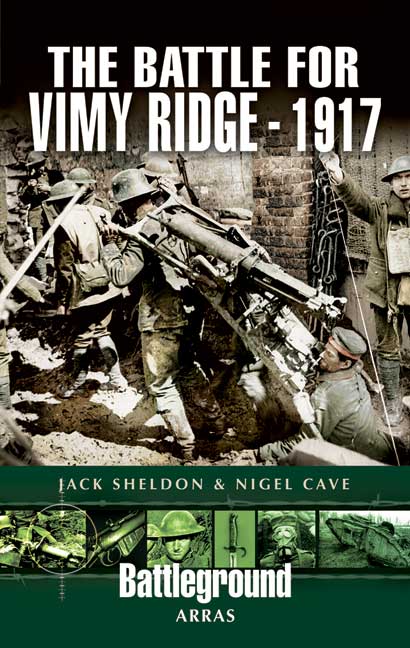 In a new departure in the Battleground Europe series, this book is a guide to both sides of a major battle – in this case to the Canadian Corps operations against 1st Bavarian Reserve Corps at Vimy from 9 – 12 April 1917, which formed part of the opening of the British offensive, known as the Battle of Arras.

Historically, the capture of Vimy Ridge was an event far more significant than its undoubted military importance alone. Here for the first time all four divisions of the Canadian Corps were deployed in line together in one offensive; and although the Corps went to fight even greater battles, Vimy marked a key point in the emergence of Canada as a fully sovereign nation. Although the Canadian side of the story has been well chronicled by a number of writers, until now there has been little concerning the defence during this great battle.

Now, the accounts of the German soldiers and their commanders are combined with those of the Canadians and British deployed on the other side of No Man's Land – and not simply those who fought above ground, but tunnellers also.