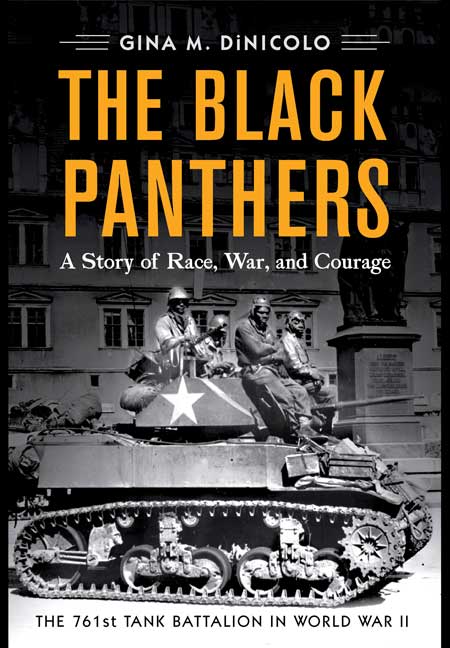 Add to Basket
Add to Wishlist
You'll be £25.00 closer to your next £10.00 credit when you purchase The Black Panthers. What's this?
+£4.50 UK Delivery or free UK delivery if order is over £35
(click here for international delivery rates)

In a Segregated Military, the African American Armored Unit That Helped Patton Check the German Advance, Close the Rhine Ring, and Spearhead a New Postwar Army

Known primarily for being the first African American armored unit to see combat in World War II and as future baseball star Jackie Robinson's original outfit, the 761st Tank Battalion was forged in a devil's cauldron of heat and prejudice at Camp Claiborne, Louisiana. Here, most viewed the tankers as tokens in a racial experiment, rather than as fellow American soldiers who would actually be deployed to fight a common enemy. Led by a small cadre of white and black officers, the 761st trained to the pinnacle of its craft. The Black Panthers, as they soon were called, proved their battle prowess against other units bound for combat on the parched Texas training fields. For this, they earned a coveted assignment to fight under General George S. Patton and go head-to-head with the best of Hitler's arsenal. Moving to the front in November 1944, trial by fire soon shook the unit to its core. Ambushed by a veteran German force, the 761st suffered heavy asualties in the confusion as they cut their way out of the trap. But the men rallied to overcome self-doubt and vindicate their losses. Quickly battle hardened, the tankers saw intense combat through November and when Germany launched its last-ditch offensive through the Ardennes in December, the 761st fought side-by-side with Patton's Third Army. Moving swiftly, the unit helped check the German advance, cut resupply routes to the forces surrounding beleaguered Bastogne, and drove the enemy back, recapturing towns crucial to the final defeat of Germany.

In Battalion 761: The True Story of General Patton's Black Panthers in World War II, historian Gina M. DiNicolo tells the full and unvarnished history of this important American fighting force. Relying on extensive archival research, including documents that had not been consulted in previous accounts, and interviews with surviving soldiers and family members, the author describes the unit's training, deployment, combat, and individuals, such as Sgt. Ruben Rivers, one of only seven African American men awarded the Medal of Honor for World War II heroism.
The professionalism, dedication, and courage of the 761st and other non-white units made clear that the strength of the American army in the future lay with integration—one of the enduring accomplishments of these servicemen.