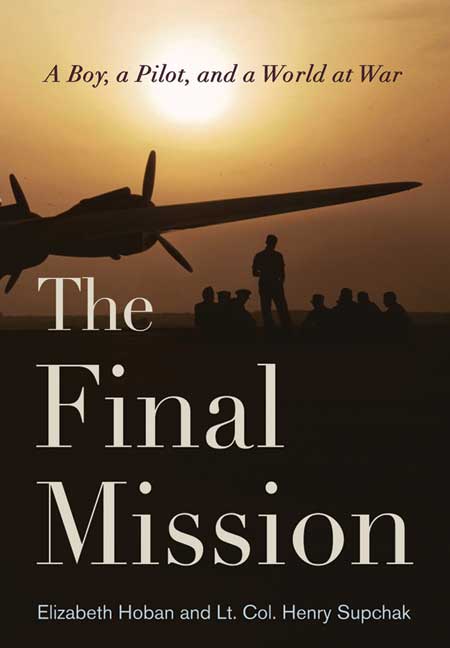 A Boy, a Pilot, and a World at War

Add to Basket
Add to Wishlist
You'll be £19.99 closer to your next £10.00 credit when you purchase The Final Mission. What's this?
+£4.50 UK Delivery or free UK delivery if order is over £35
(click here for international delivery rates)

Order within the next 9 hours, 30 minutes to get your order processed the next working day!

In July 1944, Lt. Henry Supchak was flying his second-to-last mission over Germany when his B-17 bomber, Priority Gal, was hit by antiaircraft fire, disabling two engines and wounding him in the thigh. He attempted to reach neutral Switzerland, but was forced instead to order his eight crewmen to bail out over Austria. As Supchak prepared to abandon his aircraft he saw that it was on a collision course with an Alpine village. He instinctively got back into his seat, adjusted the controls, and barely escaped before the plane exploded at the base of a mountain. He parachuted into a pasture where a shepherd boy and his aunt stared in disbelief at this “man who fell from the sky.” Almost immediately, German infantry surrounded the pilot and took him away to solitary confinement. Although slightly burned by the exploding aircraft, the boy managed to find out where the wounded pilot was being held and snuck food and water to him before Supchak and his crew were taken away to a notorious prison camp for the rest of the war.

Liberated by Patton’s Third Army in April 1945, Supchak remained in the air force after World War II and even advised Gregory Peck during the filming of Twelve O’Clock High. But he carried deep scars from his war experience. Plagued by flashbacks, Supchak attempted to find closure. Opening up to his family and others about his air- combat missions and internment failed to rid him of the nagging dreams as he had hoped. But an inspired quest to find his former crew members before they all passed away put the pilot on a path of peace. A world away, an Austrian entrepreneur was searching for Supchak, the enemy pilot he had seen fall from the sky as a boy and whom he had never forgotten. Despite incredible odds, the pilot and the boy were able to meet again at the spot where Priority Gal had gone down, in a magical, miraculous reunion of closure. Beautifully written with honesty and emotion, The Final Mission: A Boy, a Pilot, and a World at War is a gripping and uplifting story of forgiveness, reconciliation, and healing from the devastation of war.