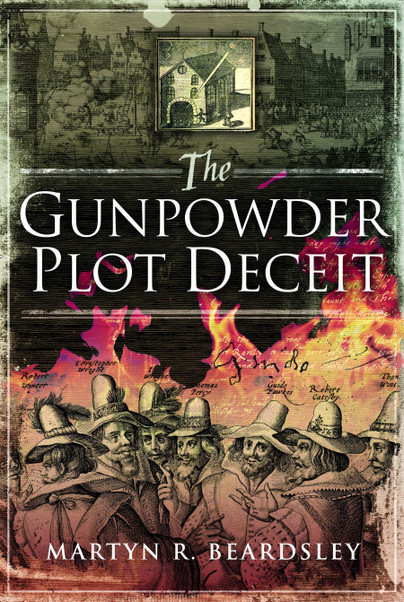 Click here for help on how to download our eBooks
Add to Basket
Add to Wishlist
You'll be £4.99 closer to your next £10.00 credit when you purchase The Gunpowder Plot Deceit. What's this?
Need a currency converter? Check XE.com for live rates

Most people think they know the story of the Gunpowder Plot, and of how a bloody catastrophe was averted at the eleventh hour when Guy Fawkes was caught lurking in the shadows beneath the Houses of Parliament.

But what if it wasn’t like that at all? How was it that a group of prominent, disaffected Catholics were able to plot for months with apparent impunity? How could they openly rent a house next door to the House of Lords and use it as their base – right under the nose of the leading spymaster of the age, Robert Cecil? How could they have hacked a tunnel towards their target and dispose of tonnes of spoil without alerting anyone – and why is there no record of anyone ever having seen such a tunnel?

This book explores the idea that the government was not only aware of what the plotters were up to long before Fawkes’ arrest, but that agent-provocateurs may have given them a helping hand – or have even instigated the plot themselves.

There are quite a lot of books about the Gunpowder Plot, both fact and fiction, and Beardsley has done a good job of collecting the evidence and providing a rational assessment of it.

Like all good investigators, Martyn Beardsley asks the important questions. Such as how could Robert Cecil, one of history’s most notorious spymasters not have known of the plot? How did the plotters dig a big tunnel and remove tons of spoil without being noticed? Are there any records of anyone having seen such a tunnel?

Well-researched, and putting its ideas across well, this book would make the basis for a most interest documentary.