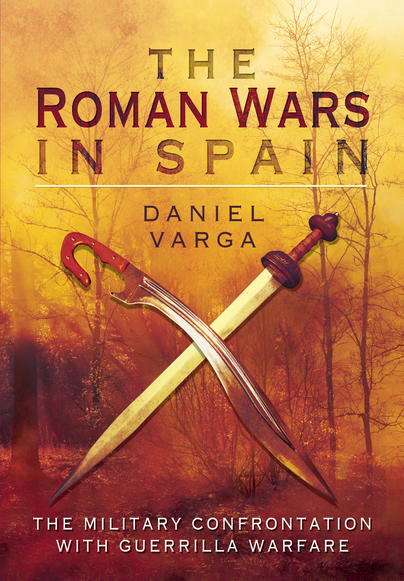 The Roman Wars In Spain (Hardback)

The Military Confrontation With Guerrilla Warfare

Add to Basket
Add to Wishlist
You'll be £19.99 closer to your next £10.00 credit when you purchase The Roman Wars In Spain. What's this?
+£4.50 UK Delivery or free UK delivery if order is over £35
(click here for international delivery rates)

It took the Romans almost exactly 200 years to conquer the Iberian Peninsula (modern Spain and Portugal). The skilful and tenacious resistance of the various inhabitants, utilizing superior mobility in the rugged terrain to wage a guerrilla war, made the region the graveyard of many a Roman army. But the lessons, though painful, were eventually learnt and the heat of this so–called 'fiery war' forged the legions into a more effective force.
Daniel Varga analyses the strategies and tactics of both sides, drawing on the traditional literary sources but also the latest archaeological research. He examines the problems faced by the Roman army and the extent to which it was forced to adapt to meet, and eventually overcome, these challenges. His findings show the Spanish armies as more sophisticated than often thought. The author concludes that the Spanish campaigns exerted a powerful influence on the organization, tactics and equipment of the Roman army, helping to make it the supreme fighting machine it became.

This is a very academic book covering the bleeding sore of Roman overseas campaigns, namely the wars in Spain that went on for over 200 years before it was fully conquered. The author discusses the make up of the Roman army that fought the various Spanish tribes through several periods, when the Legions were organised in different ways. From the earlier Republican armies to the intermediate and then Imperial. He discusses the terrain and how that effected the numerous wars the Romans fought there, and I must confess I had not realised that the country was so difficult to move around in, being divided into closed in areas because of the mountainous nature of the Peninsular. The politics of it are described, including the role of the Roman Senate in how they could if wished, control what was going on at a distance, by the way in which they restricted, or allowed, supplies to flow to the Legions. The Legions later found ways to supply themselves locally and thus removed some of the control the Senate had, and of course with communications such as they were at that time, leaving the Senate in the dark about what was happening. But of course those powerful families that influenced who gained high positions in the Senate were unwilling to let the commanders entire have their head, and often went back on treaties that were negotiated, to bring on a peace locally, forcing the Legions to resume the war. It was a very complicated system of influence not only from the Senate, but the farmer soldiers who made up the early legions, food and weapons suppliers etc. One wonders how some of the Roman generals ever succeeded at all. Add to that some leading figures who went to Spain to see what wealth they could gain from war, and started fights in order to gain wealth, particularly gold and silver. Yet over all Spain was not all that rich, so those who were sent, often resented the lack of opportunities for 'loot'. The Spanish tribes for their part, were mostly unable to work together to throw the Romans out and their lack of cooperation with each other led to their eventually being conquered. And of course, one must mention that posting to Spain, was about as popular as being sent to the Eastern Front, for WW2 German soldiers. Spain was a nasty place where you could die in far more horrible ways that most dared to think, so finding volunteers was not always easy. This resulted in many troops being kept on for additional service long after their time to be discharged. I found the material in this book very interesting as I had not previously thought much about the problems the Romans faced, out side of actual combat and distance from home. Throughout the book there are innumerable references quoted and the writings of others ancient and more recent, discussed. This was perhaps my only dislike as I would preferred to hear more of t he author's own opinions on his research.

The explanations are very good and clear, and the book is very easy and pleasant to read...

... There is also a short yet comprehensive history of Spanish research on the Roman Republican army and the Iberian populations, from the beginning of the twentieth century to today, and the author explains the current state of research in this field. He also includes necessary geographical descriptions of the peninsula and of local populations involved in the wars...

There are numerous texts on the history of the Roman Empire so it is unusual for a new book to find its niche. This book does exactly that - it has a niche and it exploits this specialisation...

... This book certainly finds a niche that it has exploited particularly as the Roman invasion of Spain has less coverage than other aspects of Roman history. I found the text very interesting and enjoyable. The author has done a great service to this aspect of Roman history and needs to be congratulated.

There is something about the Roman legions that is instinctively attractive. Associations of unity, strength, and success combine to produce an aura of invincibility. That's true today, and in all likelihood, was exactly the same two thousand years ago.

We go misty eyed and inwardly see the legions of Rome crushing every opponent in sight as they march across the map of the Known World. Of course this image is hopelessly wrong, because Rome did not conquer everyone, and if you need proof of that reality you need do no more than study their wars in Spain, for that was one conquest that took them almost two hundred years to complete.

There are three objectives for this book. Firstly to describe the performance of the Roman legion in Spain, secondly to examine why Rome took so long to subdue Spain, and thirdly to show how the Roman legion changed as a result of its long experience. Now that Spain has left behind the baggage of its turbulent past, archaeology in that region is supported far better than previously, and this book is benefitting from this new research.

The first objective is covered very nicely. Daniel Varga uses source material and archeology to construct his case. With such rich foundations it's hard to see how he could go wrong. One of the great advantages of Roman history is the literary inheritance they left us. The author has clearly done some reading and it shows.

The second is almost bound to be the most interesting argument. With so much focus on legionary tactics and equipment in the popular media, the 'barbarian' is often overlooked or handled simplistically. In fairness it is sometimes difficult to delve too deeply into Rome's enemies because they left so little to say for themselves, seeing as our history of Rome was largely written by the Romans themselves. Yet there is some tantalising glimpses of what the ancient spanish people were doing. The differences between various spanish tribes is described without too much speculation and the emphasis on low level warfare, from which we use a spanish word 'guerilla', becomes a very potent strand of thought.

The third objective is harder to believe. The book tends to imply that the wars in Spain were largely responsible for the far-reaching changes from the Polybian maniples to the imperial cohorts. That may well be the case. Unfortunately this book does not quite prove the point. It does however cover the changes and at least attempts to place them in context.

Daniel Varga has written a very approachable and concise account of conflict in one part of the Mediterranean and covers a lot of ground and reveals interesting details about a very long period of hostilities that doesn't usually receive much attention. You will learn something in these pages, and therein lies the value of the work. 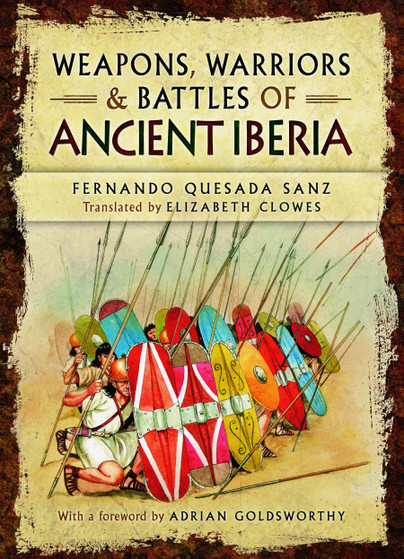 In ancient times, the Iberian Peninsula (Spain and Portugal) was home to warriors of great renown. Spanish and Celtiberian warriors, both infantry and cavalry, provided the backbone of the Carthaginian armies that terrorized Italy under Hannibal and proved even more ferocious in defence of their homeland against later Roman occupation. The Lusitanian resistance under Viriathus was among the toughest the Romans encountered anywhere. Professor Quesada Sanz details the arms, armour and equipment of the various warriors of the region in fantastic detail, drawing on his intimate knowledge of the latest…

Click here to buy both titles for £51.99
Customers who bought this title also bought...