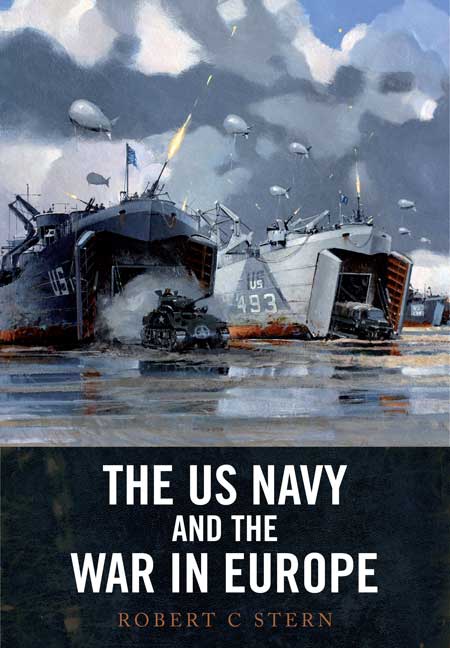 The US Navy and the War in Europe (ePub)

Click here for help on how to download our eBooks
Add to Basket
Add to Wishlist
You'll be £14.00 closer to your next £10.00 credit when you purchase The US Navy and the War in Europe. What's this?
Need a currency converter? Check XE.com for live rates

Although the defeat of Japan was the US Navy's greatest contribution to the Second World War, it also played a significant role in the battle against Hitler. Even before Germany declared war in 1941, US naval vessels were actively engaged in Atlantic convoy battles, and suffered their first casualties long before the Pearl Harbor attack formally pitched America into the conflict. Thereafter the US Navy immediately sent reinforcements to the over-stretched Royal Navy, taking part in attacks on German-occupied Norway, flying aircraft to Malta and Egypt from its carriers and adding protection to the convoys to Russia. Its involvement in the crucial Battle of the Atlantic was also substantial, and the invasions of North Africa and Europe from 1942 onwards would have been unthinkable without the massive US forces. As late as 1945 the crossing of the Rhine by the Allied armies was heavily dependent on US Navy assets and expertise.

It is not surprising that the Pacific campaign should have received so much attention from naval historians, but as a result the European effort has been undervalued and largely side-lined. This book is intended to redress the balance – not just to chronicle the many little-known US operations in the Atlantic, Arctic and Mediterranean, but to reach a more rounded judgment of the US Navy's contribution to victory in Europe.

A text of great interest to all readers interested in the naval events of the Second World War.

Stern has provided a quality resource for a general understanding of the United States Navy and its involvement during World War Two.
A very well researched and resourced historical piece that should appeal to general readers interested in the naval war in Europe.

The book is well-produced on high-quality paper. There are two useful appendices, on the ‘Reverse Lend-Lease’ ships and the various types of landing ships/craft employed respectively.

The book is well researched, clearly written and beautifully produced with new pictures that really do enhance the text. I have seen few better in this regard. I doubt if any reader, British or American, will not gain a great deal from reading it.

It is highly recommended.

Robert C. Stern shows how the US Navy, was slowly but surely drawn into WW2 in the Atlantic theatre of operations. Stern provides full accounts of the allied landings in North Africa, Sicily, Salerno, southern France and Normandy.

The US Navy and the War in Europe is well researched and well illustrated - with many photographs and plans.  It is also very readable.